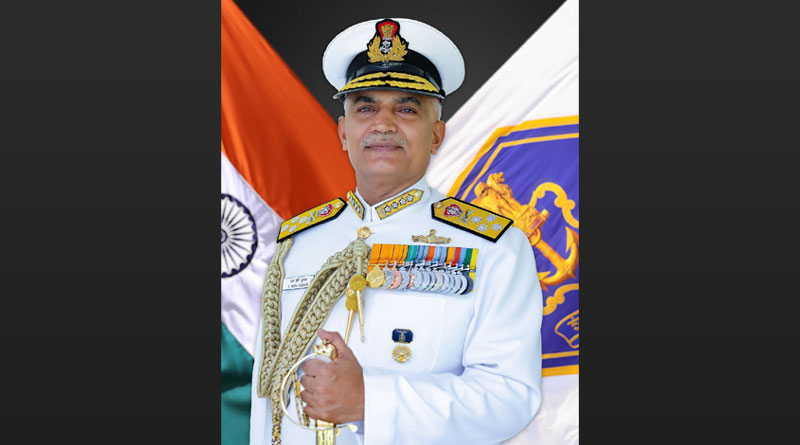 Chief of the Naval Staff (CNS), Admiral R Hari Kumar is on an official visit to Japan from 5 to 9 November 2022, where he will witness the International Fleet Review (IFR) conducted by the Japan Maritime Self-Defence Force (JMSDF) at Yokosuka on 6 November 2022 to commemorate the 70th Anniversary of its formation.

During the visit, as one of the Observer Navies in the Western Pacific Naval Symposium (WPNS), the CNS will attend the 18th WPNS on 7-8 November 2022 at Yokohama, being hosted by Japan, as the current Chair of WPNS.

In addition to representing India and the Indian Navy during the IFR and WPNS, he will also be in attendance for the inauguration of the 2022 edition of Exercise MALABAR, being held at Yokosuka with the participation of Australia, Japan and the USA. Initiated in 1992, this year marks the 30th anniversary year of Exercise MALABAR.

Adm R Hari Kumar would also be interacting with his counterparts and other Heads of Delegations from close to 30 countries participating in the IFR, WPNS and MALABAR.

Indian Naval Ships Shivalik and Kavaratti also arrived at Yokosuka, Japan on 2 November 2022 to participate in the IFR and Exercise MALABAR—2022. The presence of these indigenously built ships of the Indian Navy at these multi-national events will be an opportunity to showcase the ship-building capabilities of Indian shipyards during a large international gathering.

The visit of the CNS to Japan signifies a high level of bilateral defence engagements with Japan, as well as India’s active support and participation in multilateral engagements.