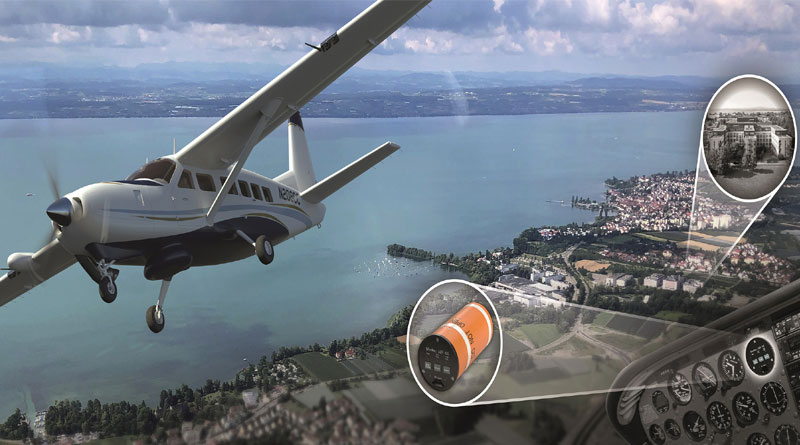 HENSOLDT is launching a new flight recorder that combines the latest sensor technologies in an extremely compact design to record flight, data link, video and audio data. The SferiRec®LCR100 has now received ETSO (European Technical Standard Approval) certification for aircraft equipment by the European Aviation Safety Agency (EASA). Due to its extremely low weight, volume and power consumption, the new flight recorder makes it possible to equip light aircraft and drones, as well as business jets and light helicopters.

Head of the Spectrum Dominance & Airborne Solutions Division at HENSOLDT, Christoph Ruffner said, “HENSOLDT is making an important contribution here to increasing aviation safety. With a powerful flight recorder like the LCR100, not only can data analysis after an aviation accident help to prevent future accidents; critical situations can also be processed afterwards in a fact-based and professional manner using the available data.”

The SferiRec LCR100 flight recorder has many interfaces with different data formats to record hundreds of parameters. These include altitude, position, speed, engine data to name but a few. With a weight of one kilogram, HENSOLDT’s LCR is currently the lightest device of its kind on the market. The combined recorder unites all recording functions that were previously distributed among different devices. In addition, flight data as well as maintenance data can be read out on an easily accessible SD card. The integrated sensors include a built-in microphone for ambient noise, three-axis gyroscope and accelerometer, a temperature sensor, a GPS receiver and an air pressure sensor.

The SferiRec LCR100 is the first flight recorder to be qualified and approved according to the certification requirements of ED-155 and ETSO-2C197 in Europe.

HENSOLDT has more than 35 years of experience in the development and supply of flight recorders. More than 1000 recorders of various types have been produced and delivered for platforms such as GE-Tornado, Tiger, NH90, P3C Orion and the German Armed Forces helicopter fleet with UH-1D, Sea King, Sea Lynx, CH-53, BO105 and the KZO drone. HENSOLDT holds several important patents in this field. HENSOLDT has developed know-how in the miniaturisation of certified crash-proof storage units.