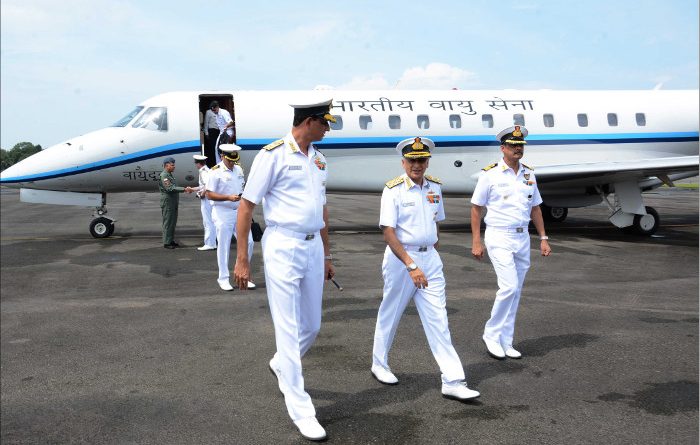 
At the shipyard, the CNS accompanied by the FOC-in-C (South) and other senior officials of the navy took a walk around the ship to get a first-hand appreciation of the progress of work on-board wherein he was briefed on the various construction activities. Later, the CNS had discussions with chairman and MD, CSL Madhu S Nair.

Keel of the IAC was laid in February 2009 and the ship was launched in August 2013. Work on the hull structure is nearing completion and outfitting activities on various equipment and systems are progressing at present.