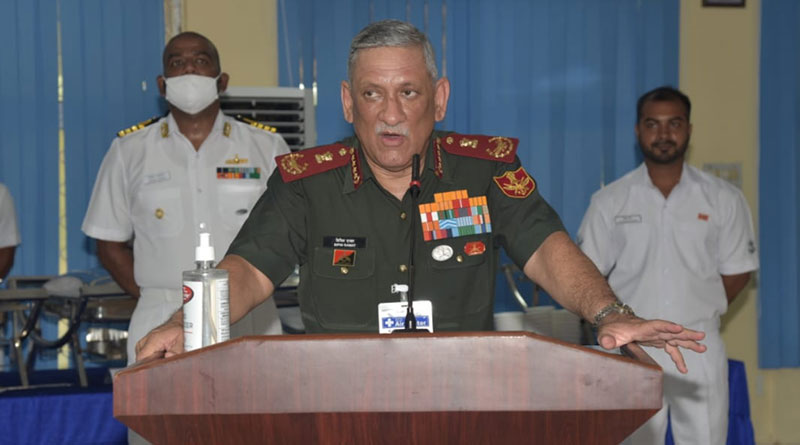 The CDS visited the ship-lift facility and also undertook harbour familiarisation by boat. He was briefed on the progress of Project Seabird and the plan for future infrastructure there. The CDS also interacted with officers and sailors in the station.