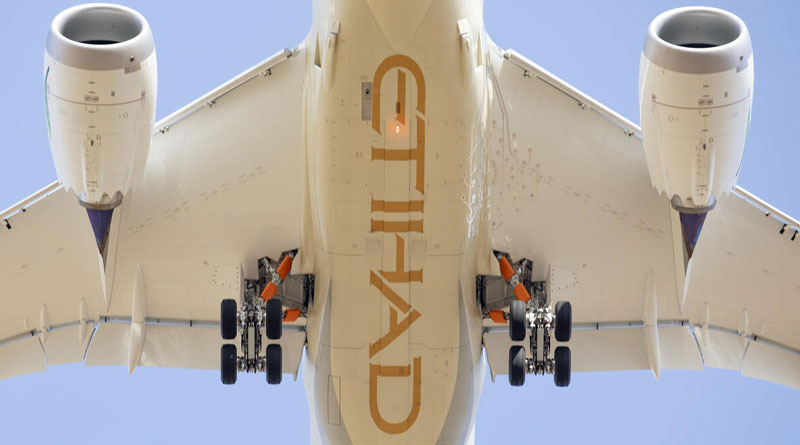 Boeing’s ecoDemonstrator program accelerates innovation by taking promising technologies out of the lab and testing them in the air to improve sustainability for airlines, passengers and the environment.

The 2020 ecoDemonstrator  program was conducted in partnership with Etihad Airways on one of their new Boeing 787-10 Dreamliner airplanes — expanding a strategic sustainability alliance the two companies formed in the fall of 2019. Other key partners included NASA and Safran Landing Systems.

Flight testing on four projects was conducted over eight days at Boeing’s facility in Glasgow, Montana, and during two transcontinental flights between Seattle, Washington, and North Charleston, South Carolina.

Aero acoustic research: The most comprehensive NASA aircraft system noise flight tests ever were conducted in collaboration with the agency. More than 1,000 microphones on the ground and 214 acoustic sensors attached to the outside of the 787 recorded sound levels that included over 50 unique test configurations and flight maneuvers.

Quieter landing gear: Up to 30% of noise from airplanes approaching an airport is caused by air flowing around the landing gear. Testing was performed using landing gear designed to be quieter by Safran Landing Systems. Modifications included perforated fairings covering part of the nose landing gear and airfoil-shaped fairings wrapped around struts on the main gear. Eight acoustic sensors mounted to the landing gear augmented the 1,200 microphones used for the NASA project to record sound. Data from the testing must be analyzed, but preliminary results were positive. Observers on the ground heard a noticeable reduction in noise.

The system simplifies the process for course changes due to weather and traffic and minimizes holding time before landing. This enhances safety by reducing radio frequency congestion and improves communications efficiency for pilots and controllers while also saving time and fuel and lowering CO2 emissions. The testing included 17 times rerouting during two transcontinental flights across the United States.

Onboard disinfection: A handheld ultraviolet light wand was tested for its effectiveness in disinfecting an airplane. Using 222 nanometer far UV light, the wand disinfected the 787 flight deck in less than 15 minutes. An antimicrobial surface coating was also tested on the flight deck during 16 flights. These projects are part of efforts by Boeing, Etihad and the industry to identify the safest, most effective methods to disinfect the interior of an airplane — and make travel safer and more sustainable with passenger wellness at the core.

The fuel was produced at World Energy’s refinery near Los Angeles from inedible agricultural wastes. The Roundtable on Sustainable Biomaterials certified the fuel reduces carbon emissions by more than 75% over the fuel’s life cycle. 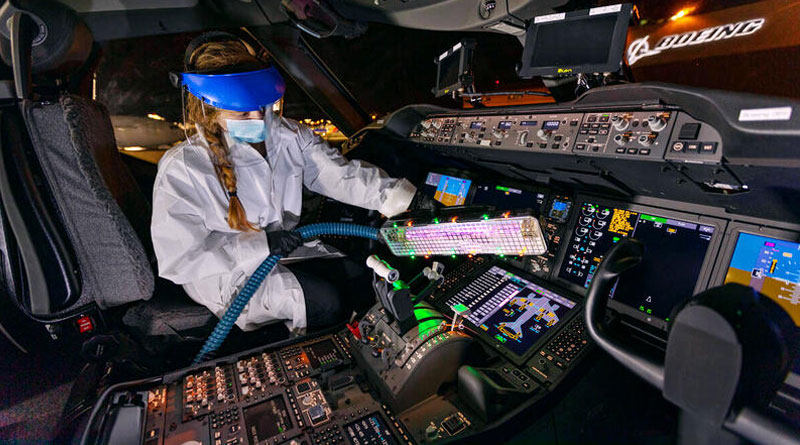