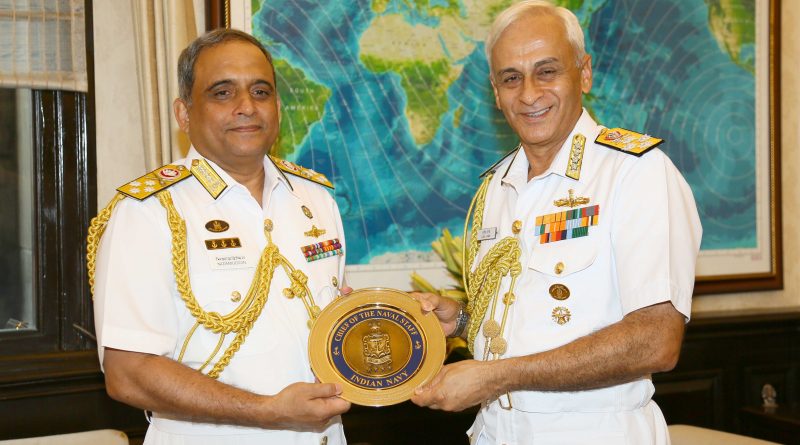 New Delhi: Admiral Nizamuddin Ahmed, Chief of Naval Staff of the Bangladesh Navy is on an official visit to India from August 28 to 30. The visit is aimed at consolidating bilateral naval relations between India and Bangladesh and to explore new avenues for naval cooperation.

On the day of his arrival, the Chief of Naval Staff, Bangladesh Navy will hold bilateral discussions with Admiral Sunil Lanba, Chairman Chiefs of Staff Committee and Chief of the Naval Staff and other senior officials of the Indian Navy. The Admiral is also scheduled to meet Chief of the Air Staff, and will also call on the defence minister, NSA and defence secretary as part of his official meetings in New Delhi. In addition to this, the Admiral is also scheduled to proceed to Visakhapatnam where he will be visiting various naval establishments, including INS Kalinga, INS Karna and INS Satavahana.

India enjoys a strong naval cooperation with Bangladesh, encompassing a wide span which includes operational interactions through training, port calls, passage exercises along with capability building and capacity augmentation initiatives. Bangladesh Navy is also the present Chair of the Indian Ocean Symposium (IONS), which is a multilateral maritime cooperation platform launched by the Indian Navy. The Bangladesh Navy is also scheduled to conduct an International Multilateral Maritime Search and Rescue Exercise (IMMSAREX) in November 2017, which is being held under the IONS platform.