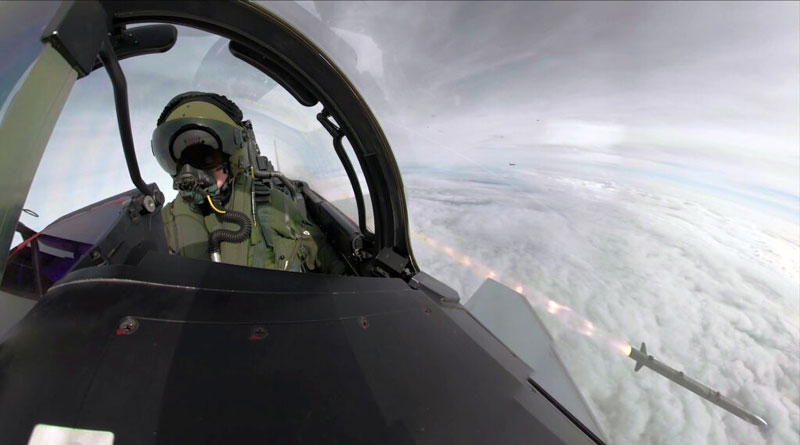 The UK’s Royal Air Force (RAF) have successfully conducted their largest ever mass firing of our ASRAAM missiles over the sea in the Hebrides Air Weapon Ranges last month.

Over the space of 10 days, pilots from eight different squadrons successfully launched a total of 53 missiles at target drones. The Missile Practice Camp was the largest mass firing of ASRAAM from the Typhoon FGR4 and F-35B Lightning II.

The ability to end-to-end test these missiles develops confidence in the weapon, whilst simultaneously developing personnel from professions across the RAF.

One pilot, based at RAF Lossiemouth, said of the missile training exercise, “It surpassed all expectations of what my first live firing exercise on the Typhoon would be. Selecting the weapon and knowing a live missile would come off the rail was a unique moment; hearing the missile tone and pulling the trigger, followed by a large whoosh sound and a slight wobble of the aircraft was fantastic.”

“Watching the missile disappear into the sky in front of me was a moment to remember, it really is impressive how fast the ASRAAM can go. The experience has given me a real appreciation of the capability of the missile and how it can be employed in a real combat situation.”

The RAF said that event gave crucial experience of safely transporting and loading live weapons onto aircraft to logistical and engineering personnel. Vital in developing an even more skilled team to protect UK interests.

One of the IX(B) Squadron Weapons Technicians who helped to prepare the aircraft said, “As a Weapons Technician you get massive job satisfaction when you’ve loaded the aircraft, carried out all the post-load testing and watched it taxy away armed. When the aircraft returns “clean” having successfully fired its missiles, it validates the years of training, the hard work and months of preparation.” 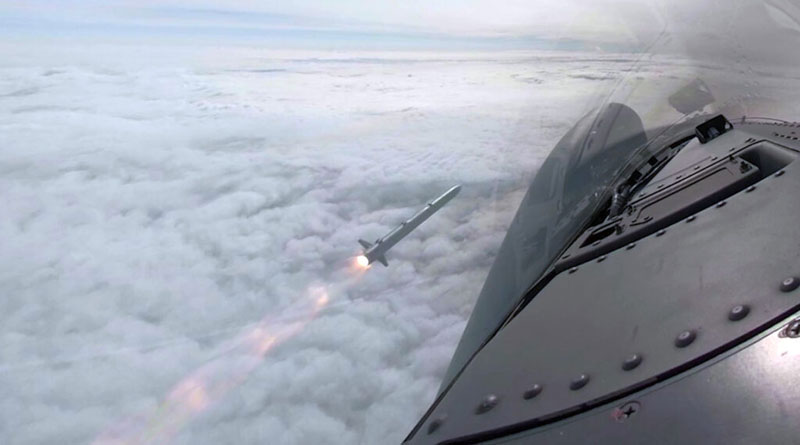