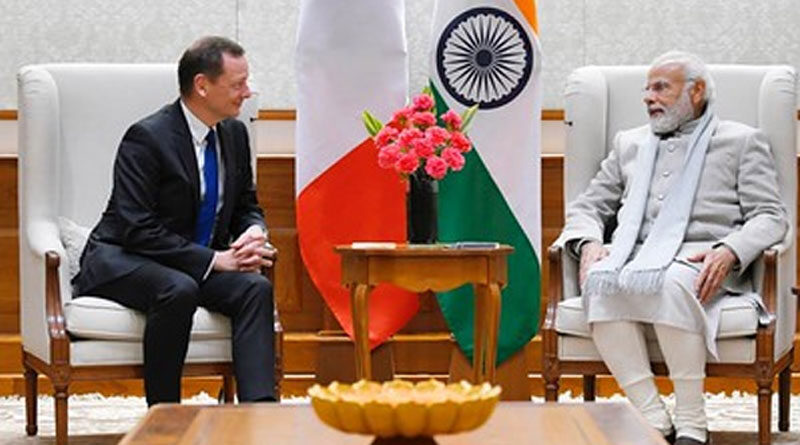 Emmanuel Bonne, Diplomatic Advisor and G7/G20 Sherpa to the French President Emmanuel Macron, paid a visit to India on 5 January 2023 for the 36th session of the Indo-French Strategic Dialogue.

The first bilateral visit of the year aimed to pave the way for an ambitious expansion of the Indo-French strategic partnership as it marks its 25th anniversary this year.

Bonne held wide-ranging talks with his counterpart, National Security Advisor Ajit Doval, during the Strategic Dialogue. The agenda covered all aspects of the Indo-French strategic partnership: defence and security cooperation; major international and regional issues, including the war in Ukraine, and cooperation in the Indo-Pacific; counter-terrorism cooperation; cyber-security; space; civil nuclear energy. On each topic, the two sides agreed to raise the level of ambition of our cooperation even further with the goal of accelerating efforts towards strategic autonomy.

During his visit, Bonne also called on the Prime Minister of India, Narendra Modi and met the Minister of External Affairs S. Jaishankar, and G20 Sherpa Amitabh Kant. He stressed France’s full support for India’s G20 presidency and conveyed President Macron’s message that Indo-French cooperation would be key to tackling global challenges in 2023.

Bonne praised the ‘excellent cooperation’ with India at the United Nations Security Council over the past two years, and reiterated France’s support for a permanent UNSC seat for India.

According to the Embassy of France, “France and India established a strategic partnership in 1998, which has since grown continuously in scope and depth, based on exceptional mutual trust, shared democratic values, and a joint vision for a multipolar, rules-based world order.”