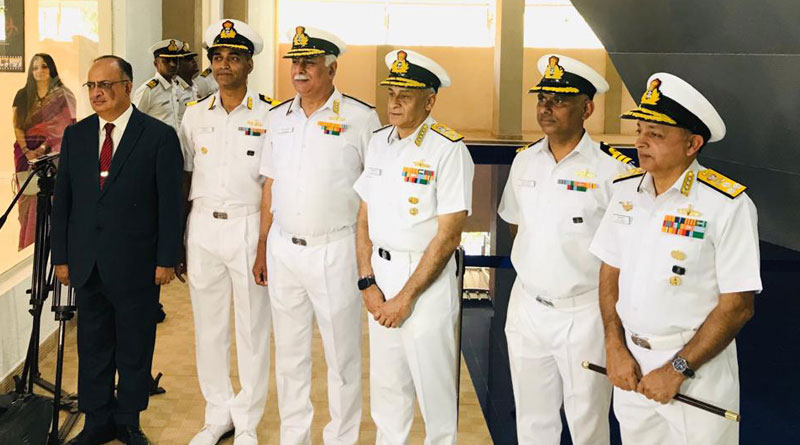 
“The timely completion of this project is a reflection of the superior technical design and execution abilities of the Indian Navy and Goa Shipyard Limited. This unique facility will assist Indian Navy in providing realistic simulation of Nuclear, Chemical & Biological warfare to its personnel during their NBC damage control training, which till now was limited to theoretical training largely,” CMD Goa Shipyard Limited, BB Nagpal, said.

The steel structure of the simulator represents the relevant NBC compartment of the ship such as upper decks, citadels, cleansing stations, DCHQ, etc. The upper deck compartment is equipped with live agents along with NBC equipment such as SIRS, SICADS and other NBC detection and monitoring equipment. The trainees will have to detect, monitor, survey and decontaminate the areas using actual NBC equipment, providing real time NBC scenarios.