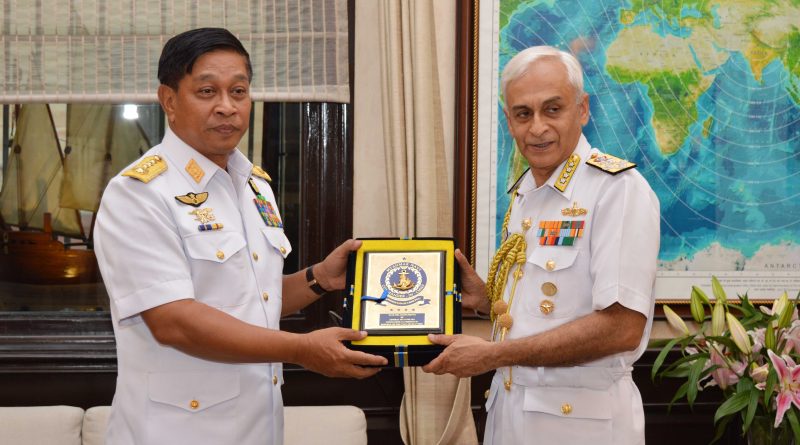 Admiral Tin Aung San, Commander-in-Chief, Myanmar Navy, is currently on a visit to India from September 18 to 21. The Admiral visited various Naval establishments at Mumbai and Kochi as part of his itinerary prior to arriving at New Delhi where he is scheduled to call on the Chief of Naval Staff, Chief of Army Staff and Chief of Air Staff.  The Admiral will also hold discussions with various dignitaries from the ministry of defence at New Delhi.

The visit is intended to consolidate and enhance bilateral defence relations between India and Myanmar.