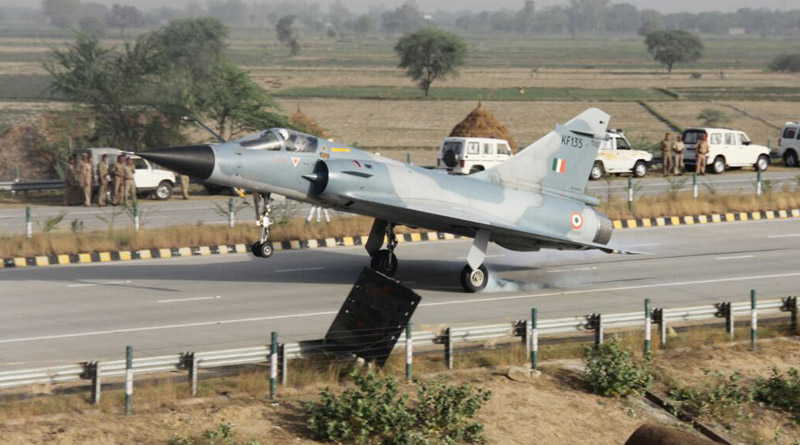 A Mirage-2000 trainer of the Indian Air Force crashed in Bengaluru upon take-off from HAL Airport resulting in the loss of two lives. The aircraft had recently been upgraded at HAL

An HAL press release stated that the aircraft crashed during the customer acceptance flight at HAL airport here today around 10.30 am resulting in loss of lives of two pilots Sqn Ldr Sameer Abrol and Sqn Ldr Siddartha Negi.


Sqn Ldr Samir Abrol was commissioned into the IAF in June 2008 and hailed from Ghaziabad, UP. Sqn Ldr Siddartha Negi was a native of Dehradun and had served in the IAF since June 2009. Both the pilots belonged to Aircraft and Systems Testing Establishment (ASTE).

HAL expresed deepest condolences to the grief-stricken families. The Company has initiated an enquiry into the accident in co-ordination with the Indian Air Force.