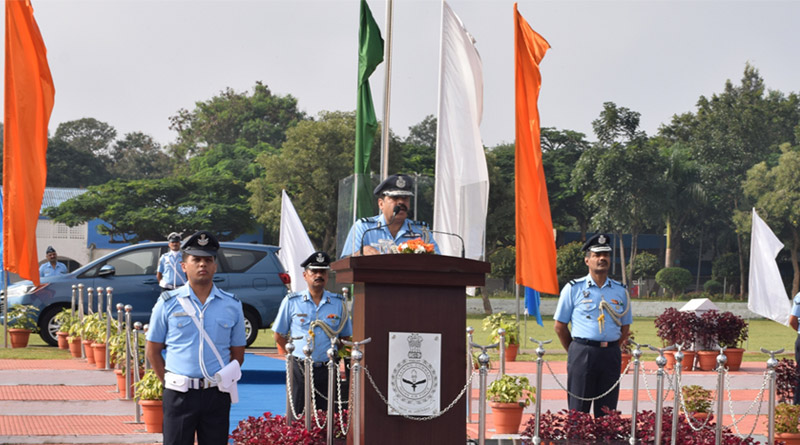 The Indian Air Force celebrated its 86th Anniversary on Monday at the Headquarters Training Command in Bengaluru. The celebrations commenced with Air Marshal R K S Bhadauria, PVSM, AVSM, VM, Air officer Commanding-in-Chief, Training Command, placing a wreath at the War Memorial in remembrance of those who laid down their lives in the service of the nation.

All personnel present observed a two minutes silence as a mark of remembrance and respect to the martyrs. Various official functions were conducted involving all personnel throughout the week and 08 Oct 2018 was replete with many important events.


From a humble beginning in 1932, with the primary aim of securing Indian air space and conducting aerial warfare during any conflict, the Indian Air Force today stands tall as the fourth largest Air Force in the world.

The transition from the era of Vampires, Toofanis and the Spitfires to the modern era flying machines like Sukhoi-30, Mirage-2000, C-130, C-17 aircraft and inclusion of Airborne Early Warning and Control System as sky watch, speaks volumes of its professionalism and ability to keep pace with time and technical advancements.

The Indian Air Force has performed exceedingly well and has made the nation proud through its valour in both, wars and during natural calamities.