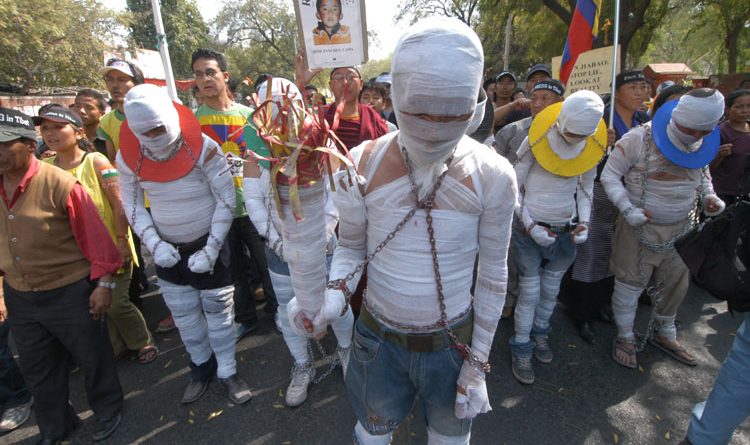 Sustains over 66 per cent burn injuries

Varanasi: In an attempt to register his protest against Chinese occupation of Tibetan territory and its policies, nineteen year old Tibetan, Tenzin Choeying, set himself ablaze leaving most of his body with burn injuries.

The incident took place at the campus of central university of Tibetan studies in Varanasi in the morning on July 14.

A member of Tibetan Youth Congress (TYC), an NGO of Tibetan community in exile who work for freedom of Tibet, Choeying became the fifth TYC member to resort to self-immolation, a practice among Tibetans which began in February 2009 to protest for Tibetan independence from China. So far, there have been one hundred and fifty cases reported of self-immolation by Tibetans.

Choeying is being treated for his injuries at heritage hospital in Varanasi. While talking about the reason behind his self-immolation, he said, “Since I was a small boy I always wanted to do something for Tibet as it is illegally occupied by Chinese government, and the current policies of the Chinese government like wiping out Tibetan language and culture is another reason for my protest”.