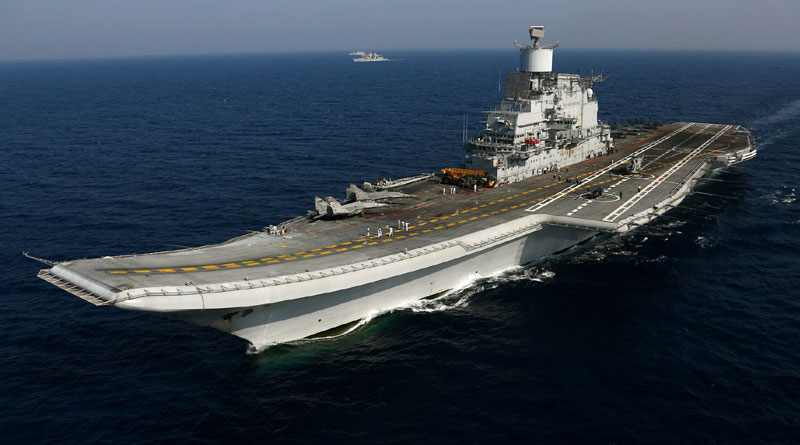 The navies of the US, India, Australia and Japan kicked off the second phase of Exercise Malabar 2020 in the Northern Arabian sea on 17 November and will go on till 20 November .

The Phase 1 of Exercise Malabar 2020 was conducted in the Bay of Bengal from 3 to 6 November 2020. The second phase will involve coordinated operations of increasing complexity between the navies of the four countries.

A press note from the Indian Navy stated that Phase 2 of Exercise MALABAR 2020 will witness joint operations, centered around the Vikramaditya Carrier Battle Group of the Indian Navy and Nimitz Carrier Strike Group of the US Navy.  The two carriers, along with other ships, submarine and aircraft of the participating navies, would be engaged in high intensity naval operations over four days. These exercises include cross-deck flying operations and advanced air defence exercises by MIG 29K fighters of Vikramaditya and F-18 fighters and E2C Hawkeye from Nimitz. In addition, advanced surface and anti-submarine warfare exercises, seamanship evolutions and weapon firings will also be undertaken to further enhance inter-operability and synergy between the four friendly navies.

US Navy’s Strike Carrier Nimitz will be accompanied by cruiser Princeton and destroyer Sterett in addition to P8A maritime reconnaissance aircraft. The Royal Australian Navy will be represented by frigate Ballarat along with its integral helicopter. JMSDF will also participate in the exercise.

The Malabar series of exercises, which began as an annual bilateral naval exercise between India and the US in 1992, has seen increasing scope and complexity over the years. The 24th edition of MALABAR, which is being presently undertaken, highlights enhanced convergence of views amongst the four vibrant democracies on maritime issues, and showcases their commitment to an open, inclusive Indo-Pacific and a rules-based international order. 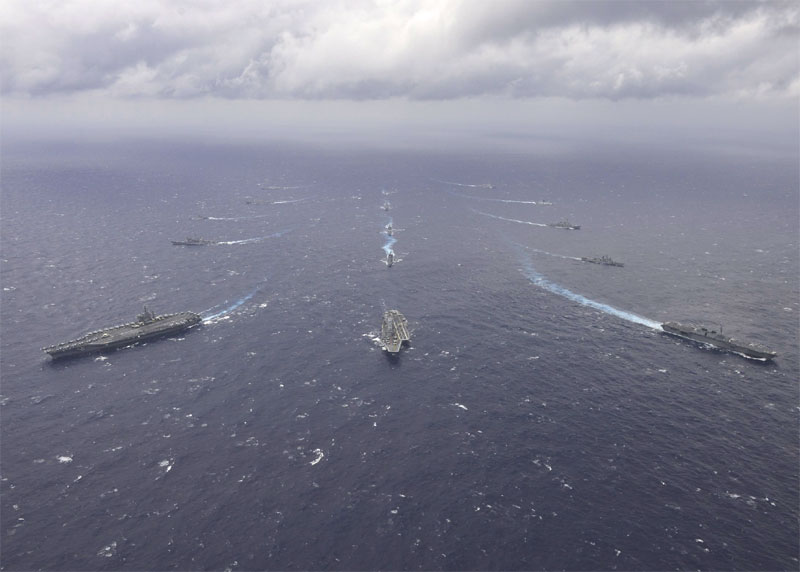