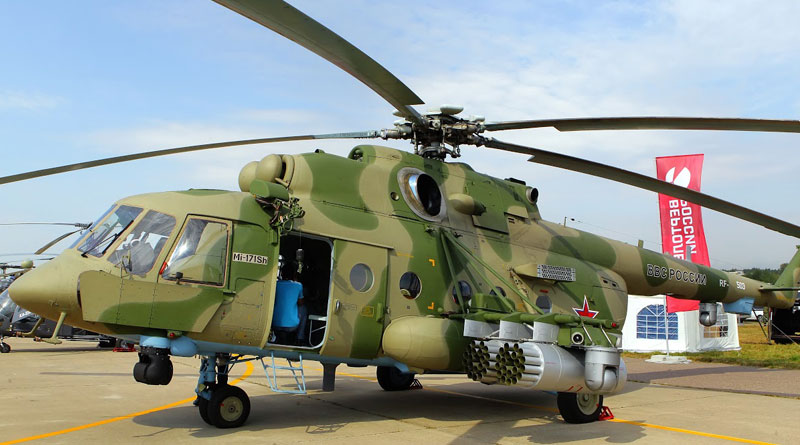 The company will present the main civilian line of Russian helicopters – the light Ansat, the medium Mi-171A2 and the medium heavy Mi-38 at the exhibition

Russian Helicopters holding (part of Rostec State Coropration) will participate in the Seventh International Exhibition of Technology for Defense and Prevention of Natural Disasters SITDEF-2019 held in the territory of the headquarters of the Peruvian Army in Lima from 16 to 21 May 2019, the company announced in a statement.

The company said that this year, it will present in Mexico the main civilian line of Russian helicopters – the light Ansat, the medium Mi-171A2 and the medium heavy Mi-38.

“We are working closely with our Peruvian partners in creating a mobile service center for maintenance of the multi-purpose Mi-171Sh helicopter in close to the city of Arequipa. The holding has currently finished the first installation and commissioning stage under a contract with Rosoboronexport. Further work will continue in October, as agreed with the Peruvian side. We are planning to finish all operations this year and provide further support to our partners during the first helicopter repairs”, said the deputy director general for Aftersales Services, Igor Chechikov.


In 12 countries in North and South America, including Mexico, Venezuela, Colombia, Argentina and Chile, more than 370 helicopters, both civilian and military, manufactured in the USSR and Russia are functioning. Peru operates over 90 civilian and military Mi-8/17 helicopters produced in the USSR and Russian Federation, the highest amount on the continent.

The company said that at the exhibition, the holding’s experts will hold discussions about the questions concerning both service maintenance and repairs of the Mi-8/17 series of helicopters operated in Peru. Russian Helicopters also plans to hold negotiations with both Peruvian partners and representatives of other countries on the acquisition of modern Russian civilian technology and its possible deliveries to foreign customers.

The light multi-purpose helicopter Ansat, which has the largest cabin within its class, is actively used by the Russian air medical services. This twin-engine helicopter has compact size and does not require a large landing area. It can also be used for normal passenger and VIP transport, cargo delivery and environmental monitoring. High-altitude tests of Ansat have been successfully completed, which confirmed the possibility of its use in mountainous terrain at altitudes up to 3,500 meters.

The Mi-8/17 series of helicopters, which the Mi-171A2 is a part of, is well known in Peru. Its cruise and maximum speeds have been increased by 10% and its flight automation has been significantly improved. Unique flight characteristics allow to operate the Mi-171A2 in humid tropical climate. The helicopter is designed to solve a wide range of tasks – from patrolling and coast guard to search and rescue operations.

The holding also presents a multipurpose Mi-38, which occupies a niche between the middle Mi-8 and heavy Mi-26. It can carry 5 tons of payload over a distance of 800 km. The rotorcraft is equipped with highly economical engines, crash-resistant fuel system and energy-absorbing seats, which makes it as safe as possible for passenger traffic. 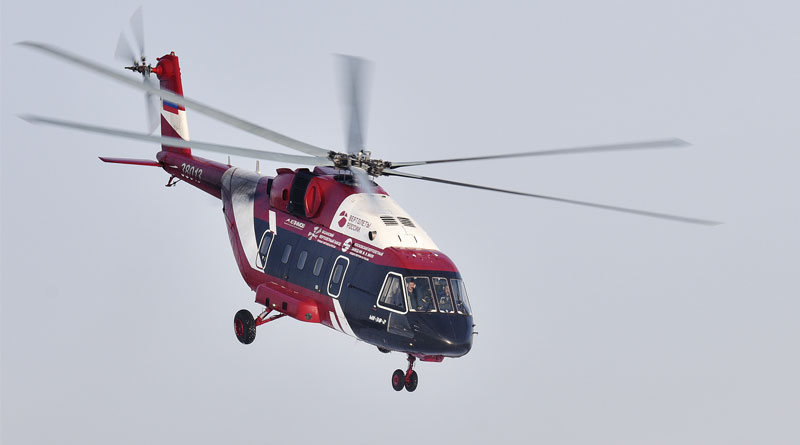