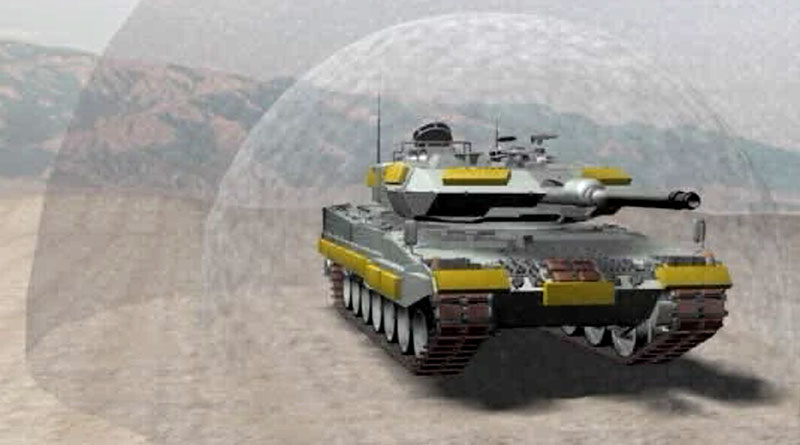 Rheinmetall has unveiled the Active Defence System(ADS), a hard-kill Active Protection System(APS) to protect armoured vehicles from a variety of anti-tank projectiles, it conforms with the IEC61508 SIL3 safety standard which is the highest standard attained by any APS.

The ADS is equipped with pre-warner radar arrays, EO/IR sensors and a processing unit. The pre-warner radar is a continuous wave radar with low detectability by the enemy, it acts an early warning system which sets up the EO/IR sensor in the general direction of the incoming threat which then provides precise targeting information for the hard-kill mechanism. The hard-kill mechanism consists of a countermeasures box which engages the incoming projectile very close to the vehicle and the energy is directed downward minimising the damage to the surrounding friendlies.

One of the major concerns of operational APS like the Israeli Rafael trophy is threat to friendlies caused by the Explosively Formed Penetrator (EFP) or other explosive countermeasures and the ADS appears to mitigate such concerns to some extent.

The Indian Army has been scouting in the market for an APS to equip its T-90S/SK fleet to protect against shoulder fired anti tank, guided anti tank weapons and possible Kinetic Anti-tank weapons. The requirements are that the APS should be modular and can fit with minimal structural changes, low power consuming and jam resistant.