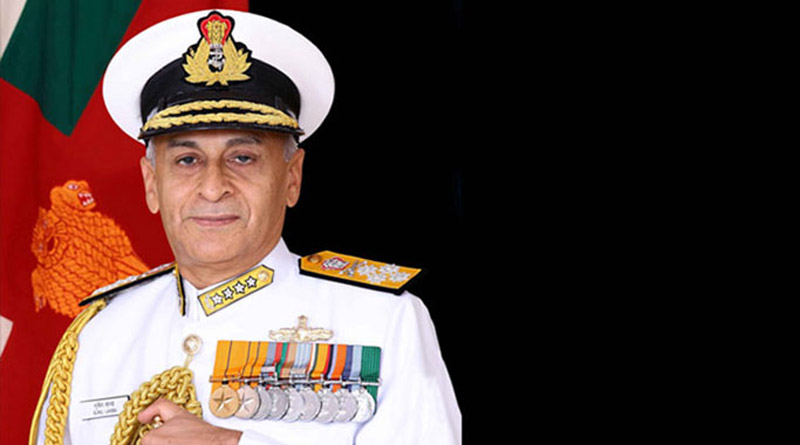 Chairman of the Chiefs of Staff Committee and Chief of Naval Staff Admiral Sunil Lanba will be in the UK on an official tour from 12 to 15 March. The CNS’ UK tour aims to consolidate existing maritime cooperation initiatives with the Royal Navy (RN) as well as to explore new avenues.

During the three-day visit, Admiral Lanba will be holding discussions with the Chief of Defence Staff, UK in London and the First Sea Lord and Chief of Naval Staff of the Royal Navy at Portsmouth. Admiral Lanba will also be visiting International Institute of Strategic Studies (IISS) in London, RN Submarine Rescue Facility at Glasgow and interact with the organisers of the Royal Edinburgh Military Tattoo at Edinburgh.


The Indian Navy has had traditional links with the RN which have come a long way since institutionalisation of various defence forums for enhancing bilateral relationship between the two countries. With the constitution of the Indo-UK Defence Consultative Group (DCG) and the Military Sub Group (MSG) in 1995, a two-tier structure of cooperation was established to progress various areas of defence cooperation. In September 2004, the two countries inked a pact to embark upon a strategic partnership in which defence cooperation figured prominently. The ‘Service-level Staff Talks’ forum, officially referred to as ‘Executive Steering Group’ is the primary mechanism of enhancing cooperation between the two Armed Forces.

Indian Navy and Royal Navy are partners in the Indian Ocean Naval Symposium (IONS), a Maritime Cooperation construct conceptualised and pioneered by Indian Navy in 2008. RN participated in the 10th anniversary celebrations of IONS at Kochi in November 2018. The bilateral naval exercise KONKAN is a significant operational link between the two navies and is held every year, alternately off the coast of India and UK. The two navies also interact on a host of issues like training, doctrinal concepts and Maritime Domain Awareness.