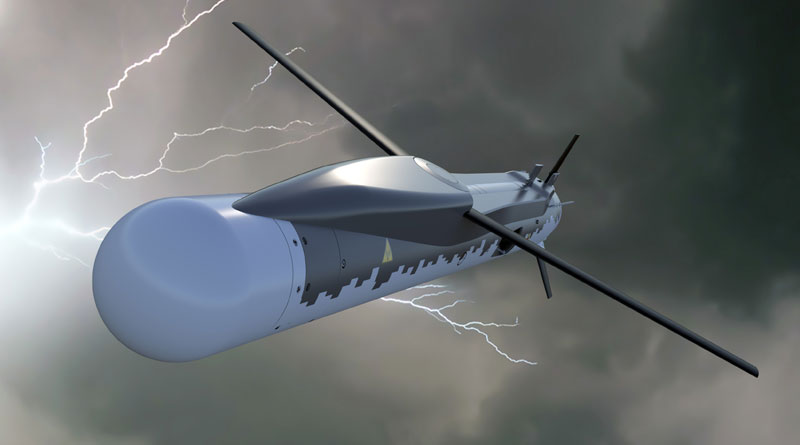 SPEAR-EW will integrate EW payload from Leonardo, which will act as a stand-in jammer to increase the survivability of aircraft and suppress enemy air defences

MBDA has been awarded a contract to demonstrate SPEAR-EW, a new electronic warfare version of the SPEAR weapon system family on order for the Royal Air Force (RAF).

“SPEAR-EW is being developed by MBDA in partnership with Leonardo to complete a wide range of Suppression of Enemy Air Defence (SEAD) missions, under a Technical Demonstration Programme (TDP) contract awarded by Defence Equipment & Support (DE&S). SPEAR-EW will integrate a cutting-edge miniaturised EW payload from Leonardo, which will act as a stand-in jammer to greatly increase the survivability of RAF aircraft and suppress enemy air defences, acting as a significant force multiplier,” a statement from MBDA said on September 11.

“These state-of-the-art electronic jammers will confuse our adversaries and keep our pilots safer than ever in the air. Paired with the devastating power of precision Brimstone and Meteor missiles, our world-class F-35 and Typhoon jets will continue to rule the skies in the years to come,” said UK defence minister Anne-Marie Trevelyan.

MBDA UK director of sales and business development, Mike Mew, commented on the development saying, “SPEAR-EW is a revolutionary new capability that, alongside the existing SPEAR3 weapon, marks a fundamental change in the ability of friendly air forces to conduct their missions despite the presence of enemy air defences. Our vision for SPEAR is to create a swarm of networked weapons able to saturate and neutralise the most sophisticated air defences.  Adding SPEAR-EW to the family alongside our existing SPEAR strike missile demonstrates the principle of introducing complementary variants to the SPEAR family that will add significant capability and force multiplication without the need to repeat the platform integration.  We have an exciting roadmap of variants, spirals and technology insertions in the pipeline to further enhance the family as we move forward.”


The company claims that the core of SPEAR-EW’s payload is Leonardo’s advanced, miniaturised Digital Radio Frequency Memory (DRFM) technology, which offers the most advanced and future-proof electronic jamming and deception available on the market today.

According to MBDA, the new SPEAR-EW will complement the SPEAR network enabled miniature cruise missile, which is designed to precisely engage long range, mobile, fleeting and re-locatable targets in all weathers, day or night, in the presence of countermeasures, obscurants and camouflage, while ensuring a safe stand-off range between the aircraft and enemy air defences. Powered by a turbojet engine the SPEAR missile offers over double the range, and a far more flexible operating envelope, when compared to a conventional glide weapon. SPEAR-EW utilises this long endurance through its capacity to be launched at enhanced stand-off ranges and loiter while carrying out its jamming mission.

The compact size of the SPEAR family allows four weapons to be carried internally in each of the two internal weapons bay of the F-35, or three per station on the Eurofighter Typhoon. SPEAR-EW will keep the same form and fit as the baseline SPEAR to enable a single integration pathway and launcher solution.

The SPEAR weapons system also recently completed a set of ground trials and fit-checks of a loaded three-pack SPEAR launcher onto a Eurofighter Typhoon fighter aircraft. The work was undertaken by a joint engineering team from MBDA, BAE Systems, and the Ministry of Defence’s Defence Equipment and Support (DE&S), and took place at BAE Systems’ flight test site in Warton, Lancashire.