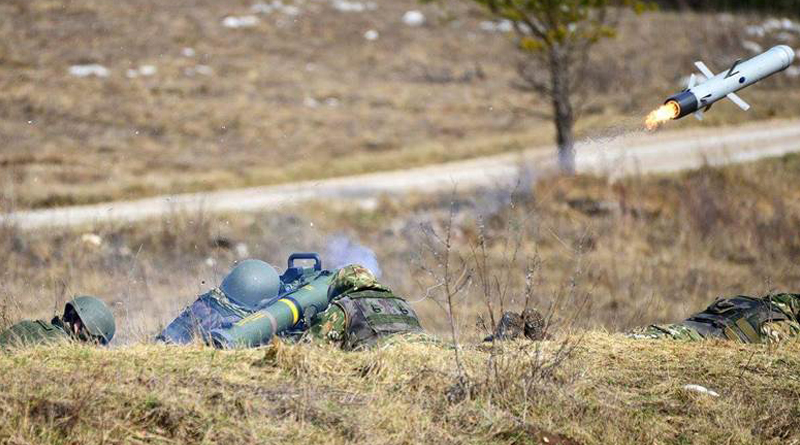 To overcome critical capability void, the Indian Army procured a limited quantity of Spike LR missiles, so as to meet the urgent operational requirement

The Indian Army on 28 November 2019 successfully fired two newly acquired Spike LR anti-tank missiles at the Infantry School at Mhow, Madhya Pradesh. The firing was witnessed by the top Infantry hierarchy of the Indian Army, including the COAS, who were all at Mhow for the annual Infantry Commanders’ Conference.

For the last nearly three decades, the Indian Army has been using now outdated second generation missiles. The need to replace the inventory with third generation missiles was recognised nearly ten years back. Consequently, in 2011, an RFP was floated for more than 8000 missiles with ToT to Bharat Dynamics Limited (BDL). The Spike missile was the only one to qualify after going through the complex labyrinth of the Indian procurement process, and the Indian ministry of defence (MoD) even completed the negotiation in 2016. The programme, however, did not see the light of the day as the government decided in favour of indigenous development by the DRDO.

Since then, while there seems to have been some progress on the DRDO development programme, it will take a long time for it to reach the user in the field. To overcome this critical capability void, the Indian Army procured a limited quantity of Spike LR missiles, so as to meet the urgent operational requirement. India became the 33rd country to have the Spike missile as part of its inventory.


Spike LR is a fourth generation missile, which can engage a target with precision at ranges up to 4 km. In addition to fire and forget capability, the missile also has the ability to fire, observe and update, providing substantial flexibility to the firer to pinpoint the impact point, as also the ability to switch to a different target mid-flight, should he want to do so. The missile has an inbuilt seeker, which gives the firer the flexibility to use any of two modes: Day (CCD) and Night (IIR). The dual seeker adds to the missile’s reliability, already established at more than 90% during the field evaluation by the Indian Army in 2011. As of date, more than 5000 Spike missiles have been fired so far worldwide, with the overall hit percentage being more than 95 percent. The firer also has the option to fire from either low or high trajectory.

Since the induction and training, this was the first time that soldiers from the Indian Army carried out practice firing of the missile. The confidence of the firers in the missile was such that difficult firing scenarios were deliberately selected. This included firing into the sun with CCD, and firing with IIR without any heating of the target, using only the ambient temperature difference. All missiles successfully engaged the target.