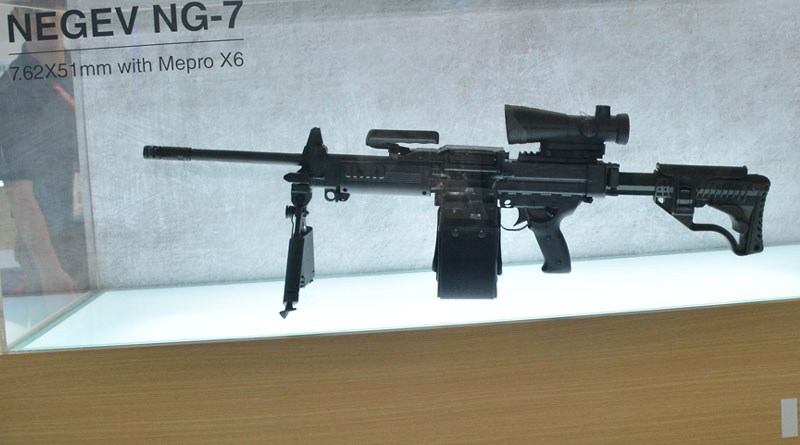 The Ministry of Defence (MoD) acquisition wing on 19 March 2020 signed a Rs880 crore contract with an Israeli firm called Israel Weapons Industries for procurement of 16,479 Light Machine Guns under the Fast Track Procedure (FTP) in a bid to modernise Infantry.

“The contracted Negev 7.62X51 mm LMG is a combat proven weapon and currently used by several countries around the globe. This LMG will greatly enhance the lethality and range of a soldier vis-a-vis the presently used weapon. The provisioning of this operationally urgent and very critically needed weapon will boost the confidence of the frontline troops and provide much needed combat power to the Armed Forces,” MoD announced in a statement.

This move comes after the 2019’s approval by the then defence minister Nirmala Sitharaman to procure the Sig Sauer rifles. The Indian Army has already inducted its newly acquired American SiG 716.

An expected contract to induct more than 7 lakh AK-203 assault rifles which are going to be produced in the joint venture between India and Russia is also due.