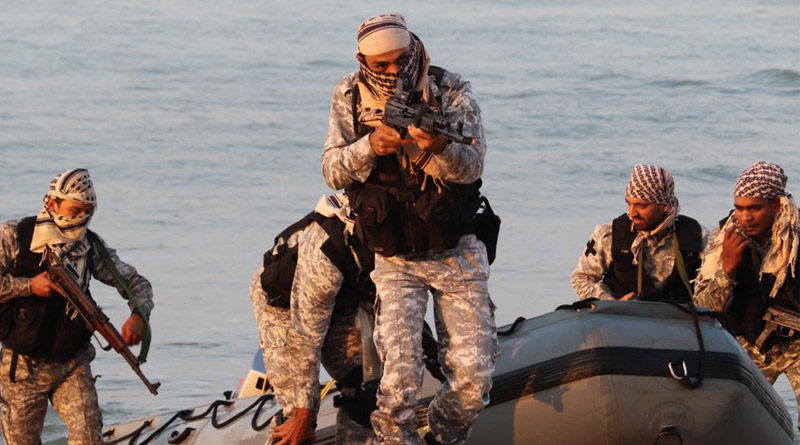 A large-scale exercise involving assets of the Indian Air Force, Indian Army, and the Indian Navy was conducted at sea off Goa and Karwar

In an effort sharpen joint war-fighting capabilities and enhance operational synergy, a major large-scale tri-service exercise – Madad 2018, was conducted at sea off Goa and Karwar from 17 to 23 November 2018. Madad 2018, as part of the India’s biennial tri-service exercises, was coordinated by the Indian Navy’s Western Naval Command in consultation with the Headquarters of the Integrated Defence Services (HQIDS).


The exercise witnessed the deployment of many naval assets like the Kolkata class destroyers, landing ships, fleet support ship with ship-borne helicopters, naval commando MARCOS and other force levels from all the three maritime commands of the Indian Navy. The exercise also saw participation of amphibious troops, special forces, engineers, and support elements from the Army and C-17, C-130J, IL-76, AN-32, and Garud commandos from the IAF.