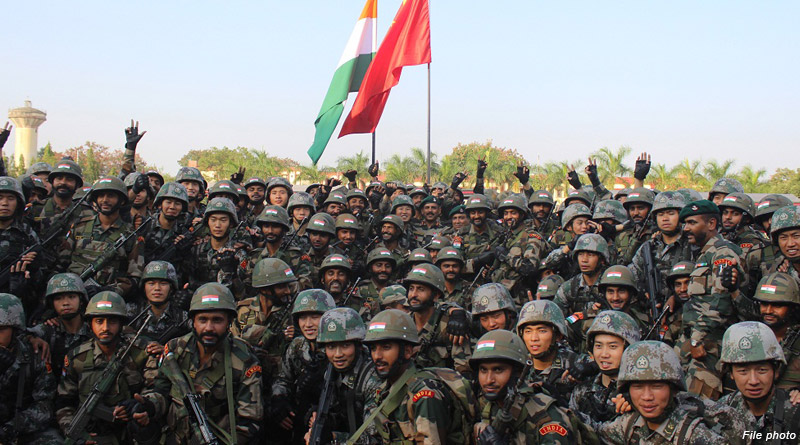 China has strengthened its border control measures in Galwan Valley of Eastern Ladakh after the recent face off with the Indian troops earlier this month leaving several injured.

The Galwan standoff is reported to have commenced on 5 May 2020.

India is said to have rushed its troops amid the moves of Chinese build up on the Line of Actual Control (LAC) suspending the stern COVID-19 protocols in the aftermath of accelerating escalation.


The two countries are at odds on the perception of their respective frontiers leaving the Sino-India border remains un-demarcated.

The aforementioned report in question using strong words also mentioned that “China has a military advantage in the Galwan Valley region.”

Earlier, the troops of the Indian Army and the Chinese People’s Liberation Army (PLA) were involved in incidents of face-off in North Sikkim on 9 May 2020. The incident took place at Naku La in North Sikkim, a pass in Sikkim at an altitude of more than 5,000 metres above the mean sea level. As many as 150 soldiers on both sides were involved in an aggressive confrontation that left at least 12 soldiers wounded.

The intense stand-off was later resolved with the intervention of officers at the local Command level.

Following the recent flare up in tensions between the troops of India and China, Army chief General M.M. Naravane had issued a statement on 14 May 2020.

“Temporary and short duration face-offs between border guarding troops do occur along the LAC due to the differing perceptions of the alignment of boundaries, which are not resolved. There were two incidents at Eastern Ladakh and North Sikkim where aggressive behaviour by both sides resulted in minor injuries to troops, post which both sides disengaged after dialogue and interaction at local level,” Gen Naravane said.

“All such incidents are managed by established mechanisms wherein local formations from both sides resolve issues mutually as per established protocols and strategic guidelines given by the PM after the Wuhan and Mamallaparam summits,” he added.