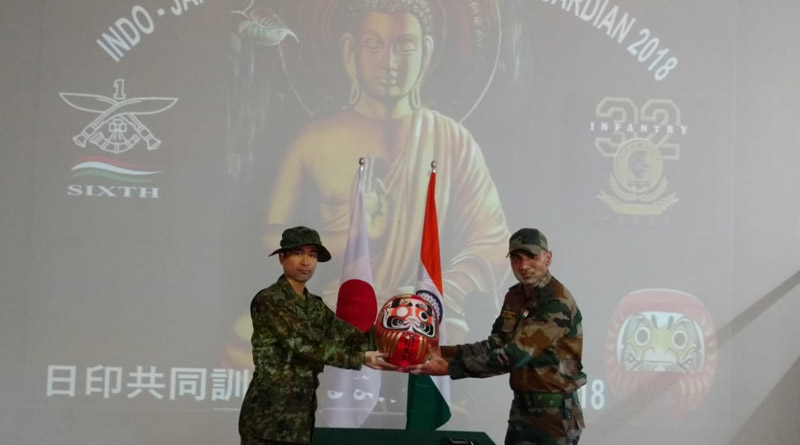 The drills are aimed to enhance the military relations, and develop mutual respect and understanding between the armies of India and Japan.

The 14-day long, first-of-its-kind, joint military exercise, Dharma Guardian, between Indian and Japanese armies is underway in Mizoram’s Counter Insurgency Warfare School. The exercise which commenced on 1 November 2018 will go on till 14 November 2018. In a bid to promote exchanging of skills and experiences between both armies, both nations had agreed to hold such exercises at India-Japan Summit in 2017.

The Japanese contingent is being represented by 32nd Infantry Battalion, while the Indian side is being represented by 6/1 Gorkha Rifles, with almost one platoon strength each of both the battalions participating in the exercise. The drill is expected to enhance tactical skills to fight against global terrorism and increase interoperability between the forces of both countries.


The joint forces on November 12 started the Ex-Annihilation, which included plan presentation by officers of both armies, establishment of Main Command Post (MCP), engaging terrorists and other activities.

The exercise will witness the execution of a series of tactical drills for neutralisation of likely threats in urban warfare, joint training and planning of such threats. The exercise is also aimed at deepening the military relations between the two countries, while developing mutual understanding and respect for each other’s armies to fight terrorism.

One thought on “Exercise Dharma Guardian-2018 Underway in Mizoram”