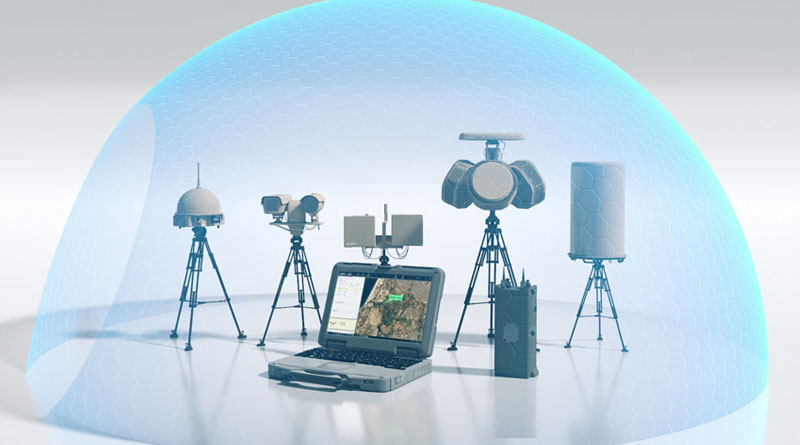 The system detects, identifies and neutralises all types of drones, providing any vehicle with a 360 degrees’ protection shield against hostile drones

Addressing the increasing demand for protection of vehicles and convoys against hostile drones, Elbit Systems is introducing ReDrone Vehicular Tactical System, a vehicular configuration of the company’s operational anti-drone protection and neutralisation system.

According to Elbit, based on the field proven and operational ReDrone system, ReDrone Vehicular Tactical System detects, identifies and neutralises all types of drones (at any radio frequency) within a radius of several kilometres, providing any vehicle with a 360 degrees’ protection shield against hostile drones. Suitable for on-the-move or stationary operations, in day and night and in all weather conditions, ReDrone Vehicular Tactical System is offered for all types of military and para-military vehicles.


“Rapidly deployable, ReDrone Vehicular Tactical System works automatically or manually, with no setup or operator control required for the entire process. Its open architecture enables a full data flow to the vehicular control system and an effective interface with command and control centres. With the detection of a hostile drone, the ReDrone Vehicular Tactical System neutralizes all communications between the drone and its operator, including radio, video and GPS signals. The system is also capable of separating a drone’s signals from its operator’s remote control signals in order to locate and track each of them separately,” the company said in a press release on September 11.

Operational with several armed forces, ReDrone performed dozens of interceptions when deployed as part of the last visit of the Pope to Latin America.