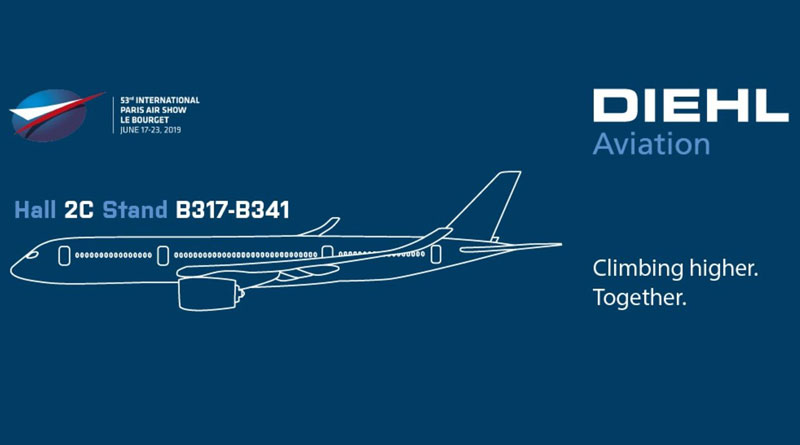 Diehl is a first-tier supplier in the civil and military aviation industry, as well as for guided missiles, ammunition, training and self-protection systems

Diehl and its corporate divisions Aviation and Defence will again participate in the traditional “Paris Air Show” (PAS) in Le Bourget from June 17 and will be exhibiting capabilities and products in the fields of aircraft and defence systems, the company announced in a statement.

Diehl is a long-established first-tier supplier in the civil and military aviation industry for avionics products, cabin management systems, smoke detection and fire-fighting components and cabin lighting as well as for guided missiles, ammunition, training and self-protection systems and other products. Visitors to the booth in Le Bourget will be able to view a cabin study on the SYLVIA concept cabin layout as well as exhibits on cabin management systems and avionics components. Numerous exhibits from the missiles portfolio and ground-based air defence are also on display.


Of special importance at this year’s PAS is the Franco-German military cooperation project FCAS, in whose development Diehl has been involved from an early stage. Diehl will accompany system leader Airbus (Defence and Space) during the two-year joint concept phase (“Joint Concept Study”) and contribute its recognised expertise in the field of avionics (cockpit, integrated modular avionics, avionics and mission computing platforms, flight control) as well as armament, self-protection, and multispectral sensors.

The FCAS project is of utmost importance for the continuation of competitive and independent military aviation in Germany and Europe. Diehl has been partnering several military programs such as Tornado, Eurofighter, and A400M and thus an equally long-standing, reliable partner of the Bundeswehr.