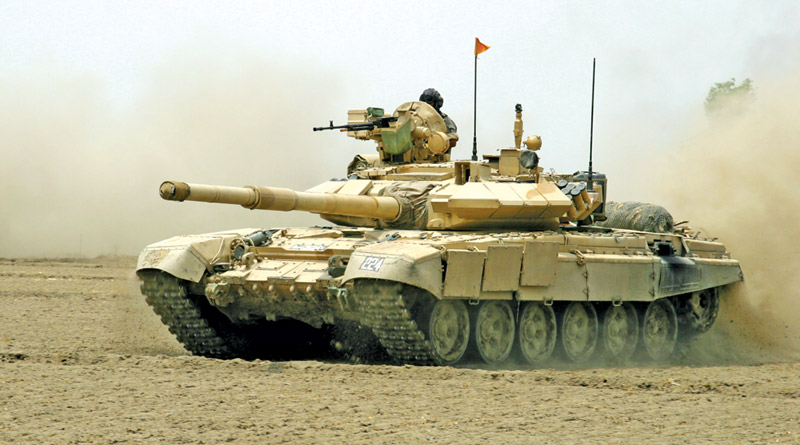 Doctrine lays emphasis on modernisation of assets, integration of artificial intelligence and robotics into warfighting, with need for jointness between the services

The new Land Warfare Doctrine-2018 released by the Indian Army envisions conduct of operations through Integrated Battle Groups (IBGs), integration of artificial intelligence (AI) and robotics into warfighting systems and effective integration of soldiers. The Indian Army will be structured to be an agile, mobile and technology-driven force, operating in synergy with the other services, in pursuance of the national interests.

The doctrine talks of building capacities to cater for a multi-front threat, as the defence needs of the future and employment of inter-theatre reserves with interoperable equipment/assets to ensure timely augmentation of forces on the primary front, while guaranteeing effective deterrence on the other. This will be an important component of the theatre/ front strategy for enhancing strategic mobility of agile reserves capable of quick mobilisation in the form of Integrated Battle Groups.

The doctrine acknowledges India is faced with ‘No War, No Peace’ scenario, with the army engaged in the management of complex and active land borders coupled with counter insurgency/terrorism operations. It says there is a need to prepare for the multi-faceted security challenge as the country faces state-sponsored proxy war and acts of terrorism from across the border. The document says that “there is a concerted effort by the adversaries to shrink the space for conventional wars, through prosecution of unconventional operations at the lower end of the spectrum and irrational use of nuclear weapons at the other.”


The doctrine warns of any misadventures by the adversaries to alter the status quo along India’s borders, which it says will be dealt with in a ‘firm and resolute manner.’ The Army will take action against any ‘deliberate transgressions’ along the Line of Actual Control, however, there is a need to be prepared for any escalation.

The armed forces will be enhancing information warfare and intelligence, surveillance and reconnaissance (ISR) capabilities for precise and decisive employment of long range vectors, strategic and other non-contact assets to cause maximum degradation to the adversary. The forces will make efforts towards theaterisation of all critical assets (ISR, long range vectors, aviation, air defence and logistics) for optimum application in future conflicts.

The existing cyber warfare capabilities will be upgraded to develop cyber deterrence and defence capabilities and developing means of eliminating such threats. The doctrine acknowledges the evolving domain of electronic warfare, saying the force shall evolve such capabilities into full spectrum, electro-optical dominance to include capabilities in Communication Intelligence (COMINT), Electronic Intelligence (ELINT), interception, jamming, spoofing and deception. To contain proxy wars, there will be a concerted effort to degrade the communication capabilities of the adversaries and enhancing technical prowess to combat the impact of radicalisation.

“The Indian Army will continue to modernise to fight in a techno-centric combat environment which is likely to emerge in futuristic conflict scenarios due to revolution in technologies like artificial intelligence, quantum computing, nano technology, high-energy lasers, directed energy weapons, hypersonic weapons, etc. so as to cater for high technology threat of Swarm Attacks including Drones, Laser and Pulsed Microwave Weapon Systems and Injection of False Information,” says the doctrine.

The deployment of satellites to provide accurate inputs for planning of operations, mitigation of threats and integration of space based assets with ground based weapon platforms will be a priority for the army. The new strategy envisages the prioritisation of developing micro satellites, and intelligent outer space satellites on ‘on demand basis’ as essential future requirements.

The strategy is to develop cross domain capabilities, enhanced jointness and integration amongst the three services for an effective and robust military responses in future battlefield milieu.