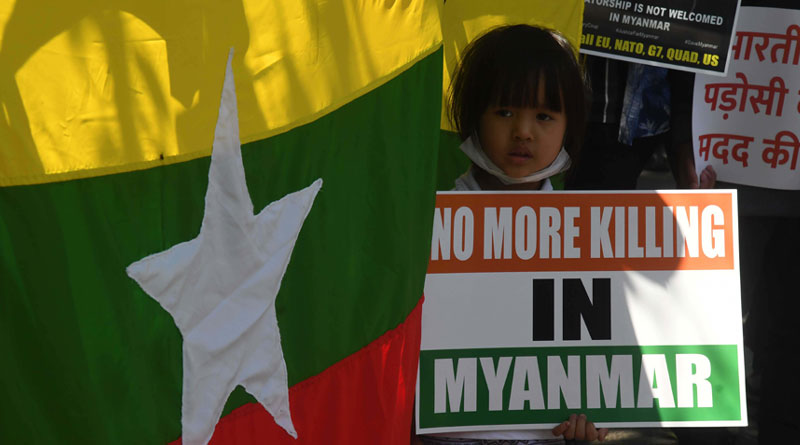 Myanmar refugees residing in New Delhi staged a protest against the coup that took place in Myanmar last month, in February. On Wednesday, 3 March, the minority Christian community from Myanmar staged a protest at Jantar Mantar and demanded that the leader, Aung San Suu Kyi be released. Suu Kyi’s party, National League of Democracy was to take office for a second term five-year term.

They also called on the Prime Minister of India, Narendra Modi to pressure military leadership in Myanmar in restoration of democracy.

Protestors in Myanmar have taken to street to oppose the military coup and at least 38 have died so far, in what are being called the deadliest clashes between the protestors and police. The police have resorted to the use of tear gas and rubber bullets.


Protesters in Delhi raised slogans against the military rulers in Myanmar and Chinese president Xi Jinping, signaling that the military leadership was being supported by China.  The protestors held placards with writings such as ‘restore democracy in Burma’ and ‘no more killing in Myanmar’. The stomped their feet on the Chinese national flag to put out their message.