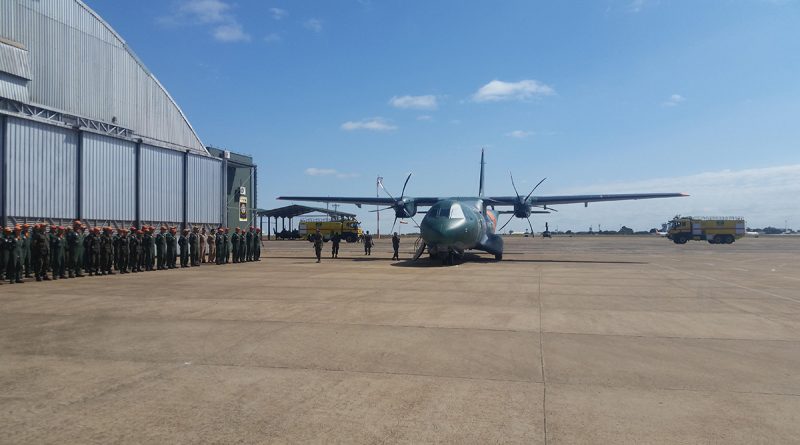 The first Airbus C295 search and rescue (SAR) aircraft for the Brazilian Air Force (FAB) arrived at the Campo Grande military base on August 3 after a five-week long demonstration tour through four continents.

The aircraft passed through 15 countries and conducted formal demonstrations for nations including Thailand, Vietnam, Malaysia, Philippines, South Korea, Canada and Mexico before arriving in Brazil. It will now serve alongside the FAB’s existing fleet of 12 transport-configured C295s and will later be joined by a second SAR aircraft.

Earlier, the aircraft was formally delivered at a ceremony in Seville, Spain on June 16 and then displayed by Airbus at the Paris Air Show. After the exhibition, co-crewed by FAB and Airbus pilots, the aircraft began its marathon demonstration tour on June 28.

The aircraft demonstrated its capabilities in maritime patrol and search and rescue operations besides recording a100 percent availability during the tour.

Airbus defence and space head of marketing and sales. Bernhard Brenner said, “We thank the Brazilian Air Force for their support in demonstrating the C295 to other nations around the world that share the same challenges of providing surveillance over vast areas of land and sea”. He further said, “The outstanding reliability shown by the aircraft during this extended deployment far from home clearly shows its value at a time when military forces are tasked with tackling a wide variety of threats and operating challenges on constrained budgets”.

With more than 100 Airbus military transport aircraft of all kinds now in operation in the Latin American region, nearly 200 C295s have now been ordered by 25 countries.