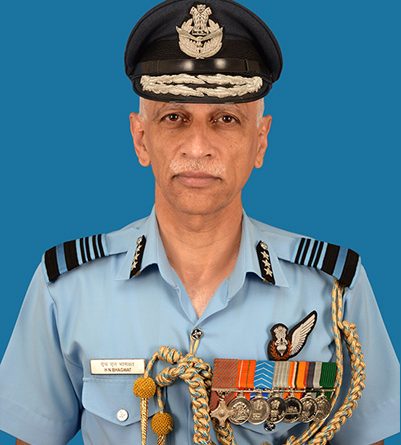 Air Marshal Hemant Narayan Bhagwat, AVSM VM has taken over as Air Officer-in-Charge Administration of Indian Air Force (IAF) at Air Headquarters (VB), New Delhi on August 1. He was commissioned in the administrative branch of the IAF in June 1981.

After serving for seven years as an air traffic control officer in three different operational bases of the IAF, he qualified as a parachute jump instructor and served in instructional capacity for fifteen years. During his paratrooping career, he undertook over 2400 live parachute jumps in combat as well as the sport profile from twenty different types of aircraft. He has also served as chief instructor of Paratroopers Training school, Agra for five years and was leader of prestigious IAF Skydiving Team, Akashganga for several years. The officer is the senior most active parachute jump instructor of the IAF.

The Air Officer was commended by Chief of Air Staff in 1999 and was awarded Vayu Sena Medal by the President of India in 2005 for his contributions to the paratrooping field. He has been awarded the Ati Vishist Seva Medal by President of India for distinguished service of a very high order.