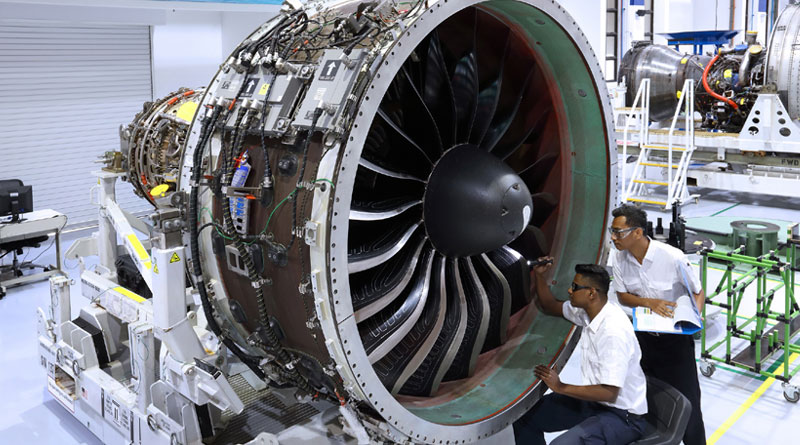 “With AIESL performing maintenance on our high-tech GTF engines, we are excited to strengthen our global MRO capacity and capabilities for customers on the ground in India,” said Joe Sylvestro, vice president of Aftermarket Operations at Pratt & Whitney. “As the demand for air travel grows in India, we look forward to furthering the growth of Indian aviation.”

According to the official press release, “AIESL’s introduction to GTF maintenance will be a phased approach, starting with engine upgrade and module exchange capabilities as immediate support of the GTF fleet in India. The facility has already received its first GTF engine.”

“It’s an exciting time for us as we prepare for the GTF engine,” said HR Jagannath, CEO of AIESL.

“AIESL has been engaged in providing engine MRO services to Air India and other operators for over 50 years now. Our association with Pratt & Whitney goes back a long time as well. The GTF engine provides us with the opportunity to showcase our capabilities and establish AIESL as one of the premier engine MROs in Asia.”


Pratt & Whitney powers more than 700 aircraft in service today in India, including more than 150 GTF-powered A320neo family aircraft. The GTF engine has saved Indian operators over 90 million gallons of fuel and more than 800,000 metric tonnes of carbon emissions since its entry into service. Hyderabad is home to Pratt & Whitney’s state-of-the-art Customer Training Center, which provides maintenance training to India’s growing aviation workforce.

“Pratt & Whitney is committed to investing in the success of the aviation industry in India, and to build capabilities for high value services that will help airlines get the best from their next-generation products,” said Ashmita Sethi, managing director of India for Pratt & Whitney.

“These services based on deep knowledge and expertise of the manufacturer, once performed in India, will save customers the downtime, disruption and costs, by keeping GTF engines flying longer, and getting them back on the wing, sooner. We remain dedicated to providing world-class support to our customers and their operations today and into the future.”

Since entering into service in early 2016, the GTF engine has demonstrated its promised ability to reduce fuel burn by 16 percent, to reduce nitrogen oxide emissions by 50 percent compared to the regulatory standard, and to reduce the noise footprint by 75 percent.