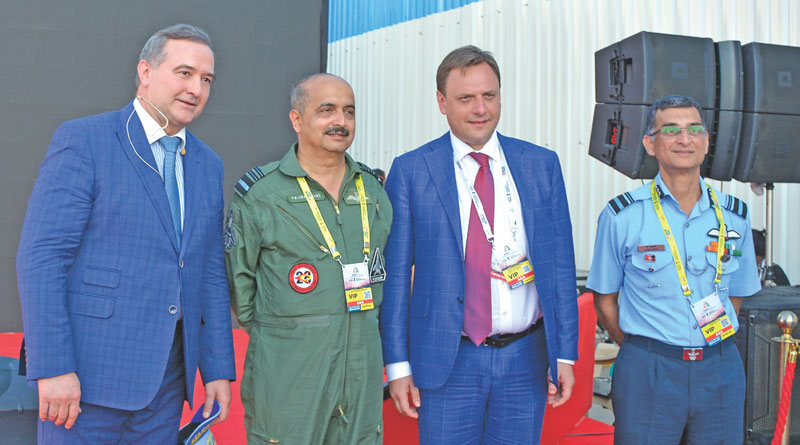 MiG Corporation makes a strong pitch for its flagship

The tone for the MiG-35 presentation was set by CEO RAC MiG, Ilya Tarasenko. When asked the difference between buying Rafale and MiG-35, he said, “There is a technical decision and an economic decision. Once that is made, MiG-35 presents the better option.” He could have added another reason: Russia brings the political heft that India needs in times of unsure relations with China.

The presentation was given by deputy director general, MiG Corporation, Victor Chernov. The message he gave was that MiG-35 is an entirely new aircraft which can cost-effectively meet all operational needs and maintenance parameters with minimal Aircraft on Ground (AOG) situation. Backing his claim by statistics, he said that the airframe had up to 80 per cent composites which will ensure less weight of aircraft, increased payload and minimal signature.


The engine, RD MK, will provide 12 per cent more thrust which will ensure 200km speed at high altitude and 1,450km at normal altitude. The AESA radar would have capability to detect 30 targets at 200km, and could shoot six aerial targets and four ground/ sea targets simultaneously. The aircraft with eight hard points can carry six tons combat load, and is provided with refuelling pods to fly 2,000km with drop tanks and 900km without them.

The engine life is 4,000 hours while airframe life is 6000 hours. Moreover, the aircraft has fly-by-wire for redundancy. In short, according to Chernov, MiG-35 meets all Make in India requirements.