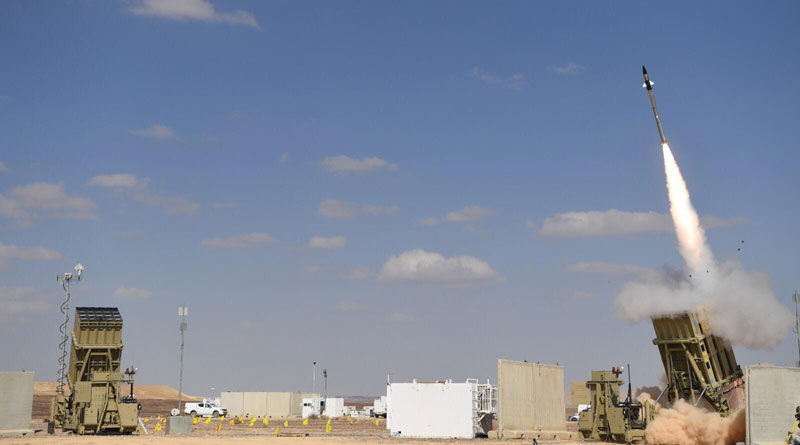 The latest live fire test culminates a series of three trials carried out over the past year, and for the third time the system successfully intercepted a wide variety of targets. In this latest test, the ability to continuously launch TAMIR IRON DOME interceptors from a mobile launcher developed by the Marines was also tested.

“The three tests that took place this year proved that the performance of the MRIC system with IRON DOME interceptors is good and provides a dedicated launcher solution for the Marines,” said Project Manager in the Air Defense Department (GBAD) of the Marine Corps’ Land Directorate (PEO Land Systems), Don Kelly at the end of the test.

Executive Vice President and Head of the Air and Missile Defense Directorate at RAFAEL Brigadier General (Ret.) Pini Yungman, “Once again, RAFAEL’s systems have proven that they are able to integrate into existing systems and create synergy between systems, providing optimal performance. RAFAEL’s advanced systems are developed with an “open architecture” allowing seamless integration with other systems. In the latest test conducted by the Marines, a successful combination of the TAMIR interceptor launched from a new launcher developed under the leadership of the Marines, combined with the Marines’ radar system and the battle management system, which are systems developed by American industries, was demonstrated.”