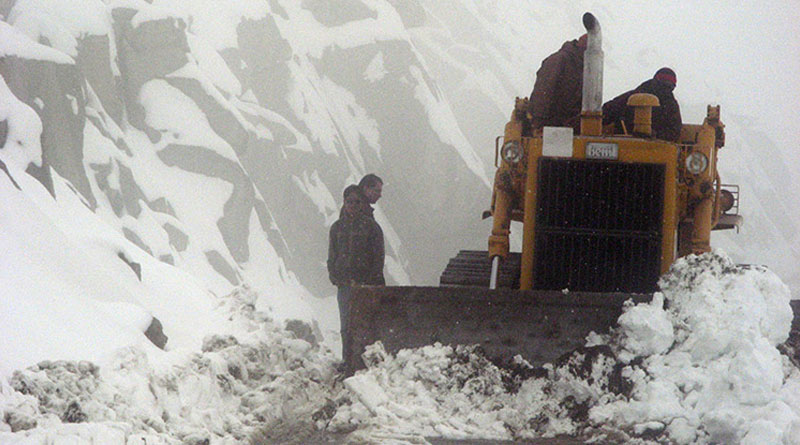 Given the general amnesia that seems to afflict most of us about Kashmir, here are two cautionary articles from 2016

By baiting both Pakistan and China, government is exposing India to grave danger

Writing in a leading newspaper, Union minister for urban development M. Venkaiah Naidu said that Pakistan has unleashed a proxy war, which might affect the ‘unity and integrity of our country.’ Quoting M.J. Akbar, he argued that Kashmir is an ideological problem which has little to do with geography. While rejecting the ‘grand bargain’ spoken of by former Union home minister, P. Chidambaram, the minister believes that ‘ultimately Kashmiriyat will triumph.’ The unsaid message is that India need not talk with Pakistan to resolve the Kashmir issue.

So, what would Pakistan do? It could continue with the proxy war which the security forces, especially the army, is trained to counter. What if it raises the stakes for India by another attempt of grabbing territory by force? Unlike what Akbar thinks, the Kashmir problem is as much about ideology (Muslim population) as it is about territory – the wars over Kashmir bear testimony to this. Moreover, in all wars that Pakistan has fought with India after India’s 1962 debacle, it has sought to increase its common border with China. As Pakistan’s former foreign minister, Khurshid Mahmud Kasuri pointed out in his book, Neither A Hawk Nor A Dove, ‘Pakistan has serious strategic interests in the area (Gilgit Baltistan) because it adjoins China (Xinjiang). There is no way that we could countenance the presence of any troops (read Indian) other than our own in the region.’

Pakistan’s wish of increased common border was reciprocated by China in December 2010 when it announced that it did not have a border with India in Ladakh (Jammu and Kashmir). Neither then, nor now has India reacted to China’s major policy tilt suggesting that India’s Ladakh is Pakistan’s territory. The military implication of China’s unilateral move has been lost on India because unlike Pakistan and China, it is a status quo nation which believes that a credible military muscle is not necessary for a robust foreign policy.

Pakistan, whose India policy is governed by Rawalpindi, could make the following military assessment:

Kashmiris under the Modi government stand alienated. This was borne out by the defiance of thousands of people who participated in Burhan Wani’s funeral. Thus in case of a war, Indian Army’s internal communication lines for movement of troops and war logistics would be dangerously vulnerable. Since most of the army would be compelled to leave its present job of counter-insurgency operations and move forward to defend the Line of Control (LC), with no other security force trained enough to replace the army, the India Army would be fighting a two-front war — within Kashmir and on the border with Pakistan.


This is not all. There is a big question mark over India’s military preparedness for a land-air war. Media reports routinely decry the lack of capabilities with the army and the air force. Then, there are issue about army’s training for war by itself and with the air force. Two army chiefs, Generals V.P. Malik and V.K. Singh have spoken about the army’s lack of war preparedness.

This crucial input for Pakistan’s Army planning was exposed by Operation Parakram (the 10-month military stand- off between India and Pakistan) where India’s army conventional war capabilities got blunted, and in the aftermath of 26/11 attacks in Mumbai when, despite a grave provocation, India took no military action against Pakistan. Writing in her book, No Higher Honor, A Memoir of My Years in Washington former US secretary of state, Condoleezza Rice said that India’s National Security Advisor, Brajesh Mishra sought her help to avert the war in May-June 2002 when it appeared imminent that Pakistan was militarily braced to confront India’s challenge head-on.

The Vajpayee government, which had launched Operation Parakram and was the first to blink when things spiralled out of control in May-June 2002, explained this by saying that Indian army’s mobilisation was not for war but for military coercion. In reality, Operation Parakram exposed two major chinks in the Indian armour. One, since the political leadership did not understand military power and role of nuclear weapons, it hesitated to go to war with Pakistan. This was borne by India’s reaction to 26/11 and, unfortunately, this is the situation now as well.

And two, the Indian army was completely out of its depth — how and why has been explained in General V.K. Singh’s book, Courage and Conviction. Over 1,000 soldiers’ lives were lost during Operation Parakram without the Indian Army firing a shot. The situation today has deteriorated with the unnecessary raising of 17 mountain corps (90,000 troops) for China which has depleted army’s war reserves, and by army’s insistence of continuing with counter-insurgency operations in Kashmir.

Let’s now turn to China and what military threat it poses to India. While the political leadership has left this vital assessment to the military, the army, being the boots on ground has assessed it wrong. The army believes that it would be a replay of the 1962 war, where tactics overshadowed operations or theatre campaigns.

For this reason, the army recently took a few greenhorn journalists to eastern Ladakh in June and thoughtlessly exposed its vulnerability to China. As part of preparedness, senior officers told the media that the army had increased its numbers to three brigades (each with 3,500 men) and would have over 100 tanks in the area, which would help stop a Chinese attack. If this was not enough, officers disclosed that their tanks could not do firing training as there were no firing ranges there. Since tanks are no more than moving guns, what good are they if they lack calibration in rarified atmosphere of eastern Ladakh for accurate firing?

Bragging about infrastructure, commanding officer of 16 Garhwal Rifles reportedly said that the 255km road Darbuk-Shyok-Daulat Beg Oldie (meant to provide round the clock and easy road movement) would be ready by 2022. This was when in Delhi, the director general military operations was reportedly against building roads close to the Chinese border for security reasons (the Chinese could use it to move fast inside Indian territory once war was joined).

Indian generals have failed to comprehend that China with its excellent infrastructure and technology (which has kept pace with war-fighting ideas) would fight a non-contact war at the theatre level. Given China’s military power, tactics of the 1962 vintage is passé – there will no longer be tank battles or troops charging to secure ground. By itself, China’s massive military capacity is not meant for tactical encounters, but for two other purposes: to exercise coercive diplomacy to deter India, and to provide muscle for its aggressive foreign policy.

In the event of India-Pakistan war, China would support Pakistan with unrestrained war materials, its assets in space, cyber, electromagnetic domains, its plethora of cruise missiles and armed unmanned vehicles, and by keeping the pressure on Chinese front with threat of troops’ insertion by vertical envelopment. Thus, at the theatre level, China, without showing its hand, would open the third front against India on territory it says belongs to its ally, Pakistan.

The Indian military is not up against a two-front but a three-front war threat. Wonder if Naidu understands this. If he did he should know that not talking with Pakistan requires massive military preparedness to meet the increased threats.