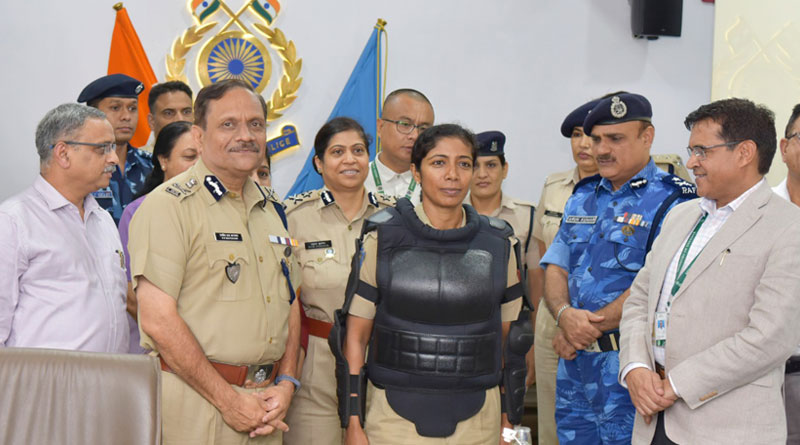 Working on such a gear for over two years, CRPF in association with DRDO’s DIPAS has finally come out with women-specific protective gear

After working for over two years to design such a gear, CRPF in close association with DIPAS (Defence Institute of Physiology and Allied Sciences), DRDO, has unveiled for the first time the body protector for its women troopers.

The scientists of DIPAS had carried out a very careful study of women troopers of CRPF’s Rapid Action Force to ergonomically design the body protector for women. “This pioneering endeavour has borne fruit today when this woman specific full body protector was unveiled by Rajiv Rai Bhatnagar, DG CRPF in presence of A.K. Singh, DG Life Sciences, Bhuvnesh Kumar, Director DIPAS and esteemed scientists of DRDO and senior officers of CRPF, the paramilitary force said in a statement on 19 July 2019.

“Women, today, are not only integral part of multi-sectoral services but are also excelling in all the spheres. Forces too are no exceptions where women are shining on different frontiers in varying roles. Today, by dint of sheer determination, hard work and professionalism, women in police forces, have made their presence felt pretty emphatically,” added the statement by CRPF.

In 2016, the National Conference for Women in police mooted the idea of gender specific protective gears. Subsequently, the issue was flagged in Lok Sabha by the then MP Anupriya Patel while discussing the problems faced by women in police and armed forces. The ministry of home affairs immediately swung into action and set up a committee under IG Provisioning of CRPF, Anupam Kulshreshtha, to initiate the modalities for such assets.

“With the advent of this equipment, women troopers will be assured of greater comfort while deployed in law and order duties. This path-breaking effort has also paved the way for further R&D in the field of women-specific body armours and vests,” the CRPF said.