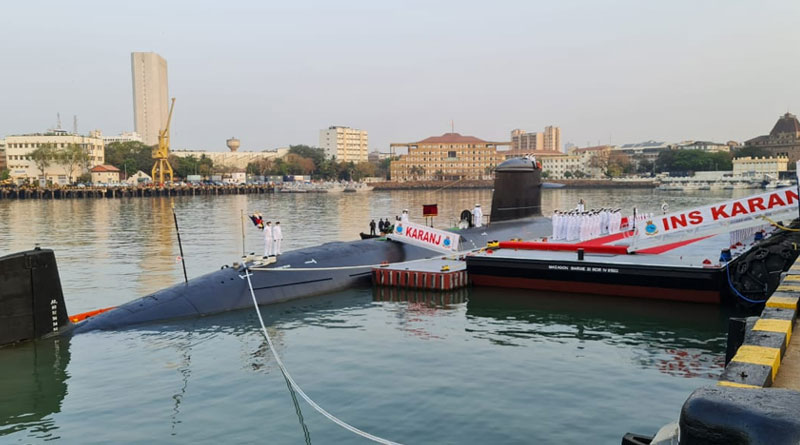 INS Karanj, the third Indian Kalvari-class submarine, entirely made in India based on Scorpene design, INS Karanj was commissioned on 10 March by former Chief of Naval Staff Admiral V S Shekhawat. The watercraft was commissioned in the presence of Chief of Naval Staff Admiral Karambir Singh, FOC-in-C (West) VAdm R Hari Kumar, CWP&A VAdm Sandeep Naithani, CMD MDL VAdm Narayan Prasad (Retd.) and several other dignitaries. INS Karanj, the third of the P75 Kalvari-class submarine, is built by Indian shipyard Mazagon Dock Shipbuilders Limited (MDL) based on the French Scorpene design. After a series of remarkable events amidst challenging sanitary situation around the world, such including the launching of the Vagir (the fifth submarine) in November, the INS Karanj’s commissioning took place on 10 March. According to a press statement from the Naval Group, “The event highlights the success of indigenous submarines construction programme of the Government of India. This submarine has been completely built by Mazagon Dock Shipbuilders Limited (MDL) with limited external support, taking advantage of the successful technology transfer from Naval Group during the construction and trials of the first two boats. This series of six submarines have been fitted with a number of equipment, built in India by qualified and highly trained industrial Micro, Small & Medium Enterprises (MSMEs) which form the sound base of submarine building ecosystem of India.”

“Naval Group is very proud to be part of first of its kind P75 Kalvari program to deliver entirely ‘Made in India’ submarines to the Indian Navy. This program is a major element of the strategic autonomy enjoyed by the Indo-French partnership and strategic autonomy, developed over the last decades. The commissioning of INS Karanj, amidst Covid-19 challenges, represents one of its kind industrial milestones and illustrates the Aatmanirbharta (self-reliance) of Indian Navy and naval defence industry. I look forward to establishing greater and more meaningful partnerships with Indian industry that will help in sustainability of our global supply chain and industrial footprint, while allowing us to be part of success story of Indian economy, community,” said CEO & Chairman of Naval Group Pierre-Eric Pommellet. 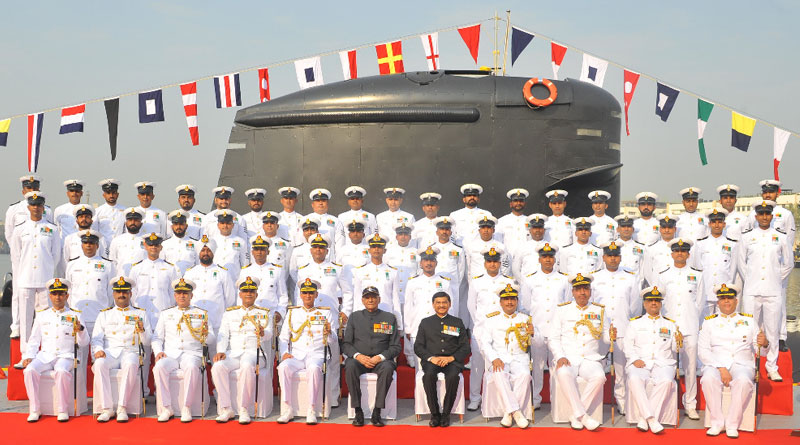 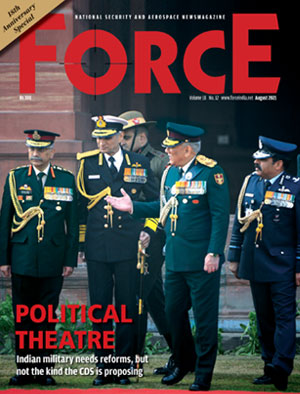