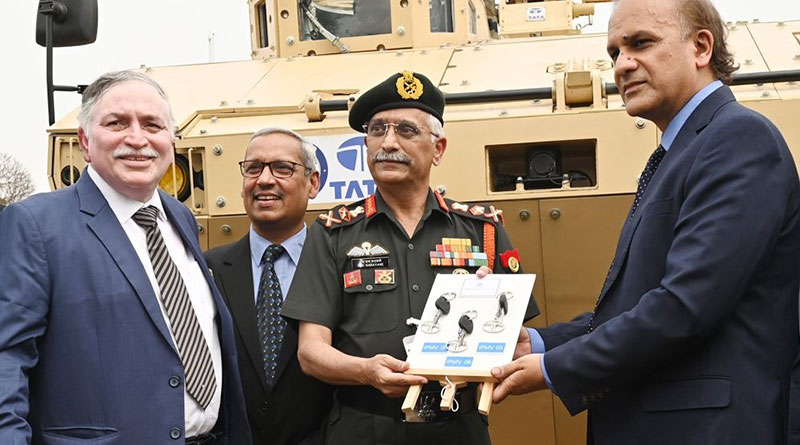 Tata Advanced Systems Limited (TASL) has handed over first lot of Infantry Protected Mobility Vehicles (IPMVs) to the Chief of the Army Staff, General MM Naravane, PVSM, AVSM, SM, VSM, ADC at a ceremony in Pune, today. With this milestone, TASL has become the first private sector company in India to produce and deliver wheeled armoured combat-ready vehicles for the Indian Armed Forces. In addition to supply, TASL will also provide 24×7 support to maintain the vehicles at the deployment locations. The IPMV is a co-development project with Defence Research & Development Organisation (DRDO).

Commenting on the occasion, Managing Director and Chief Executive Officer, TASL, Sukaran Singh said, “The successful delivery of IPMVs is a major milestone for TASL and the Indian defence manufacturing sector as it marks the first commercial sale of a strategic platform that has been co-developed by DRDO and a private player. TASL has achieved this milestone after withstanding the challenges and delays caused by the pandemic, which makes the achievement even more remarkable for us.”

The IPMVs have been developed and manufactured at TASL’s Pune facility. These IPMVs have been built on the strategic 8×8 Wheeled Armoured Platform (WhAP) indigenously designed and developed by TASL along with the Vehicles Research & Development Establishment (VRDE), a unit of DRDO. The vehicles have undergone stringent field trials in deserts as well as high altitude areas by the Indian Army. The IPMVs also include TASL’s in-house designed and developed Remote Controlled Weapon Station with thermal sights and external add-on armour protection panels developed by Defence Metallurgical Research Laboratory of DRDO.