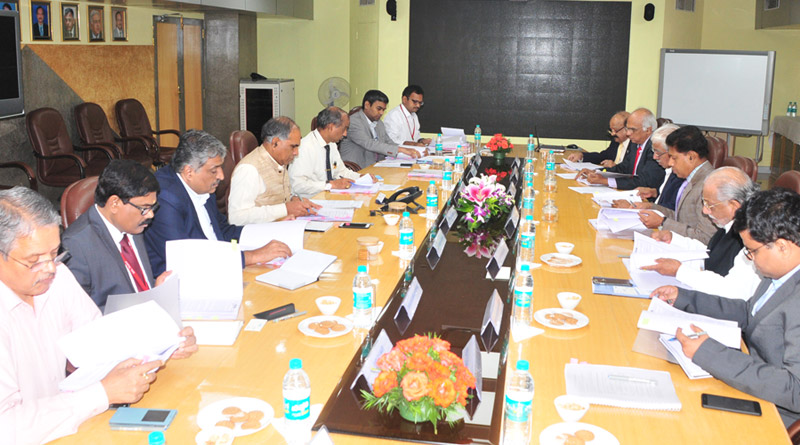 The Aerospace and Aviation Sector Skill Council (AASSC) recently developed Qualifications Packs for 70 Job Roles spread across five subsectors through extensive industry engagement. Skill development programmes are being launched across India using these Qualifications Packs as templates. The biggest such programme is the launch of Aviation Multi Skill Development Centre at Chandigarh where five batches have already graduated. The Centre has vocalised its decision to train around 2400 candidates over the next three years.

To meet the future challenges, the strength of Board members will be enhanced to 26 members from the present 21 to include MSME representation said, chairman, AASSC and CMD of HAL, T. Suvarna Raju.

The AASSC has run programmes along with Department for International Development (DFID), UK along with many more such schemes in the pipeline to ensure availability of qualified trainers and assessors. The Development of Transnational Standards for Aerospace Design job roles is underway with the support of DFID, UK.

India will be represented in the ‘Aircraft Maintenance’ skill in the World Skills competition scheduled to be held in August 2019 at Kazan, Russia. This decision comes directly from the Ministry of Skill Development and Entrepreneurship (MSDE). The Ministry has decided to entrust the AASSC with the responsibility of conducting the regional level selections for the trade at Bengaluru and the national level selections at Greater Noida. The AASSC with the support from NSDC will train the candidates from July 2018 till the world Skills competition in August 2019 and these candidates will also take part in the BRICS skills completion in South Africa. The candidate selected at the nationals will represent India at World Skills competitions 2019 at Kazan, Russia.

Some other activities of the AASSC include training for 44 Aerospace Engine Welders for GE Aviation, skill development project under CSR initiative of GKN Aerospace, certification of Recognition of Prior Learning (RPL) for Indian Navy personnel and training for Airline Cabin Crew by Assam Skill Development Mission. The AASSC is exploring the possibilities of launching Aerospace & Aviation Skill Development programmes through Universities and AICTE. There are many such programmes which are being planned along with other state skill missions as well.  The AASSC is working actively with industry, NSDC and the Government to roll-out NAPS in the sector.