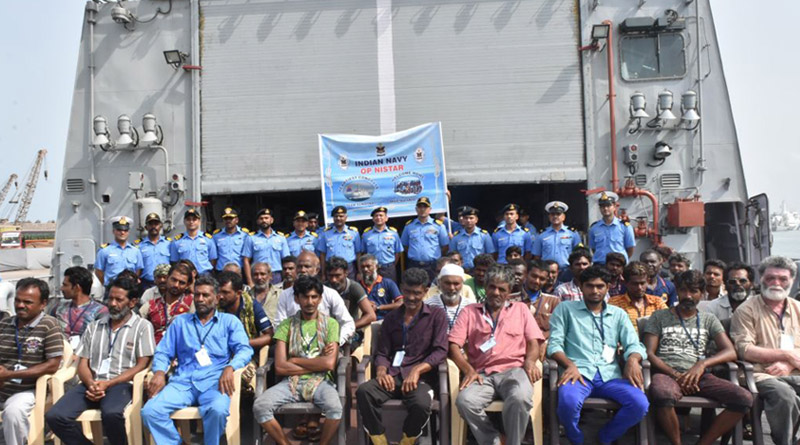 The Cyclonic storm, Mekunu devastated the area around Socotra Island. Indian Nationals were stranded in the region for nearly ten days after the storm hit. The INS Sunayna was diverted from the Gulf of Aden deployment to Socotra Island for search and rescue operations. This occurred after the Indian Navy responded to a distress call from Directorate General of Shipping and Indian Sailing Vessels Association. All 38 Indian Nationals were successfully rescued and evacuated from the area on June 3. The evacuees were safely embarked onboard the ship and were provided with prompt medical care, food, water, and telephone facilities. The ship also undertook intensive surface search and aerial reconnaissance of the area to find more survivors.

INS Sunayna was received by Rear Admiral Flag Officer Commanding Sanjay Roye when it arrived at Porbandar. After initial briefing about the scheduled disembarkation formalities, all 38 Indian nationals were put through mandatory customs clearance and immigration checks. They were served light refreshments. After the completion of all the administrative formalities, they were handed over to the civil police to facilitate their return to native places.