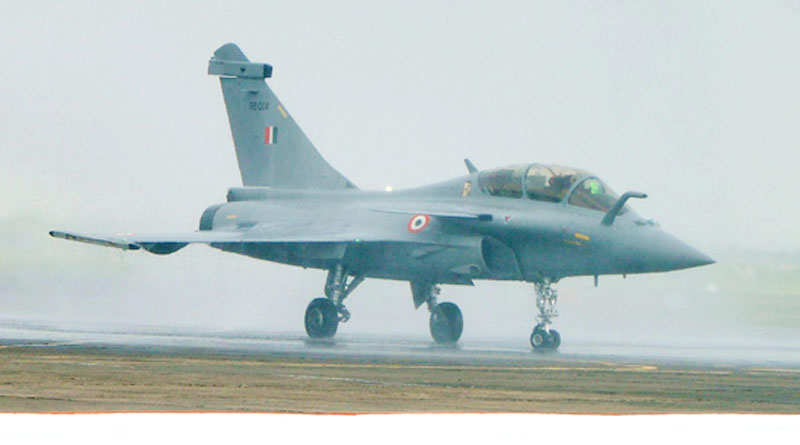 The Rafales have a combat range of 780-km to 1650 km, without mid-air refueling.

Breaking the news, the Indian Air Force stated, “The second batch of three Rafale aircraft got airborne from Istres airbase in France and flew for over eight hours before landing at an IAF base. They covered a distance of over 3700 nautical miles with three in-flight refuellings.” French Air Force extended tanker support for the direct ferry of IAF Rafales.


The three aircraft landed in Jamnagar airbase in Gujarat after flying non-stop from France. They were refuelled mid air. The event of Rafale jets arriving in India will keep repeating every three to four months until the delivery of 36 jets is completed. The first batch of five Rafale jets were received by the Indian Air Force in September and the induction ceremony was held in October. The deal of buying 36 Rafale jets from French aerospace company, Dassault Aviation is worth Rs 59,000 crore