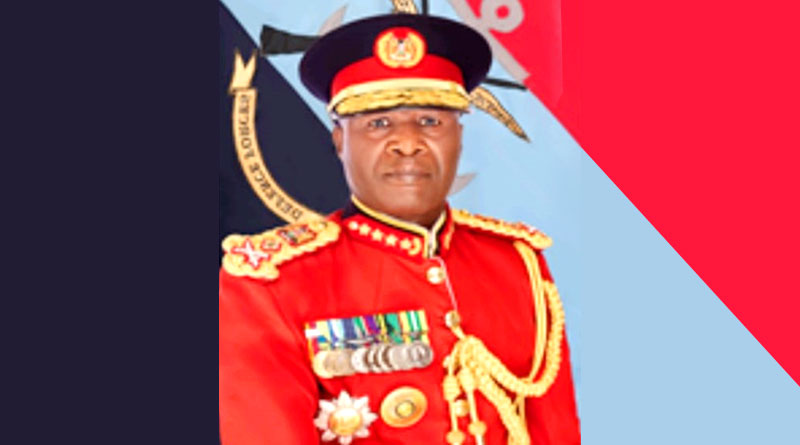 General Robert Kibochi, Chief of Defence Forces of Kenya is visiting India from 2 – 6 November on the invitation by the Ministry of Defence. India is the first country that the CDF Kenya is visiting outside of Africa, after he assumed Command in May earlier this year. During his week-long visit he is scheduled to meet the Defence Minister, the National Security Adviser, the Service Chiefs and senior officials from the Ministry of External Affairs in New Delhi.

On Monday, 2 November, the Indian Army Chief Gen MM Naravane held wide-ranging talks on way to expand defence cooperation between India and Kenya with General Kibochi. They spoke about various aspects of bilateral defence cooperation and ways to deepen it further.


Army said that the General Officer will also be visiting Agra , Mhow and Bengaluru during his visit. Incidentally this is not the first time the CDF is visiting India as he did his Signal Officers Degree Telecommunications Engineering Course in India at the Military College of Telecommunications Engineering Mhow from 1984-1987, as a young officer.

The General Officer’s visit comes at a time when the bilateral relationship between India and Kenya is poised for deeper engagement. Post visit of Prime Minister Narendra Modi to Kenya in 2016 and a reciprocal visit by H. E. President Kenyatta in 2017, the relationship has grown from strength to strength. Ongoing areas of defence cooperation include Capacity & Capability building, Counter Terrorism, UN Peace Keeping Operations, Medical health care and Cyber security.

Considering that India and Kenya are mature democracies and have professional Armed Forces there is a lot of convergence of thought between the two nations. The visit will cement the already strong bilateral ties between the two countries and the two Armed Forces. The General Officer will depart on 7 November.