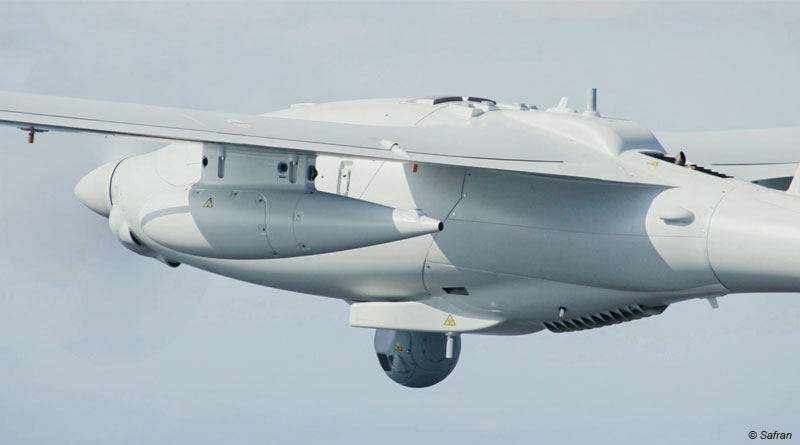 The Patroller tactical drone system, developed and produced by Safran, carried out a series of flight tests this past summer in Finland. These tests were part of the tactical drone system (SDT) programme conducted by French defence procurement agency DGA as contracting authority. The successful test program was witnessed by representatives of the DGA and the French army.

A major step towards the industrial qualification of the Patroller tactical drone system, this flight test programme showed the maturity, quality and operational capabilities of the Patroller and its two main payloads: the EuroflirTM410 optronic (electro-optical) pod and a surveillance radar. The Patroller reflects Safran Electronics & Defense’s expertise in observation, guidance and decision systems, making it an advanced intelligence asset for the army. It supports the fusion of data from the two payloads to enhance their effectiveness and allow the drone to play a full-fledged role in the collaborative battlefield.

The programme logged some 76 flight-hours in 21 flights and met all objectives: endurance flights in the 14-hour class, optronic and radar payload performance, simultaneous and real-time operation of the payloads, automatic takeoff and landing, mission management, low-noise operation, availability, and ease of operation.

Patroller will carry out intelligence missions for armies. It gives tactical units an unrivalled ability to perform surveillance, data acquisition, reconnaissance, and intelligence missions. A long-endurance drone system, it deploys an array of sensors to detect, survey, identify and locate threats discretely, at long range and day or night. Patroller is one of the first drone systems that will be officially certified under the NATO standard for this category of UAV.