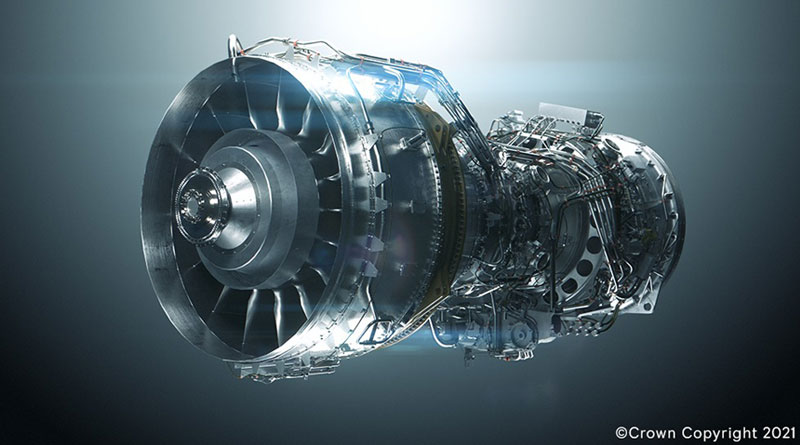 As part of the UK’s upcoming Carrier Strike Group tour, Rolls-Royce is set to showcase to Indian Navy customers its capabilities to design, build and deliver customised power and propulsion solutions for India’s naval modernisation requirements. The company also expressed its keenness to explore opportunities for partnering the Navy with end-to-end solutions for electrification of India’s future warships.

Speaking about the upcoming tour, President – India and South Asia, Rolls-Royce, Kishore Jayaraman said, “As India envisions the fleet of the future, our commitment to support the country’s defence modernisation and self-reliance goals remains as strong as ever. The Carrier Strike Group tour is a significant opportunity for Rolls-Royce to showcase the results of decades of innovation in naval power and propulsion. Our experience of supporting the electrification of the Royal Navy’s warships over many years is of particular significance, including the design and deployment of the world’s first hybrid-electric naval system. We believe that we can bring great learnings and value to any future programme envisioned by the Indian Navy for developing electric warships.”

Rolls-Royce is the only manufacturer in the world that has provided navalised marine gas turbine generators into front-line integrated full electric propulsion (IFEP) powered destroyers and aircraft carriers. Being a key member of the Power and Propulsion Sub-Alliance, Rolls-Royce was responsible for the design, procurement, manufacture, integration, test and delivery of the Queen Elizabeth Carrier ships’ power and propulsion system, which includes the mighty MT30 marine gas turbine and a low voltage electrical distribution system.

Senior Vice President – Defence, India and South East Asia, Rolls-Royce, Abhishek Singh said, “The HMS Queen Elizabeth visiting India is one of the finest examples of technological excellence in naval warfare. We are looking forward to familiarising our Indian customers with Rolls-Royce’s capabilities aboard this majestic warship and to explore areas for collaboration to further strengthen the might and range of the Indian Navy.”

Chief of Naval Systems, Rolls-Royce, Richard Partridge said, “Rolls-Royce is well-positioned to partner India for the modernisation of its naval fleet with the right mix of products, experience and capabilities to design, build, deliver and support customised naval systems and solutions. Our technologically superior offerings and expertise provide the ideal solutions for developing integrated hybrid-electric and full-electric propulsion for naval vessels, including the integration of the MT30 that brings the most power dense gas turbine to these next generation warships.” 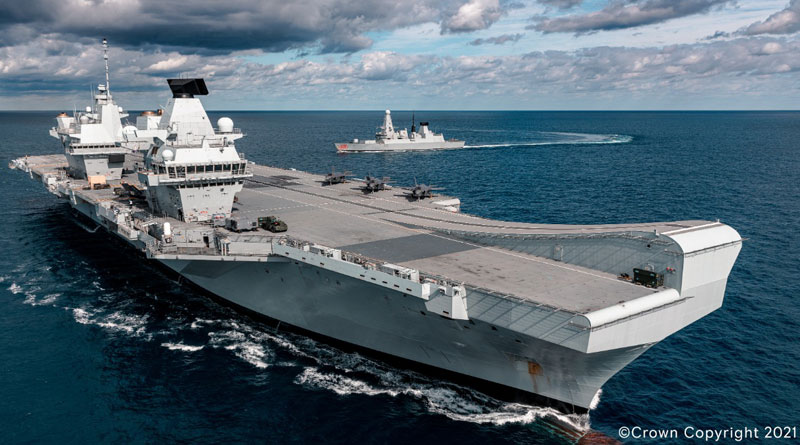 The Royal Navy’s new Queen Elizabeth Class (QEC) aircraft carriers operate an IFEP system that is one of the most advanced propulsion systems offering increased power, flexibility and reliability – best suited for large warships. It provides two MT30 marine gas turbine alternators per ship, rated at 36MW, with the power to propel these vessels beyond 25knots. The MT30 alone delivers huge design benefits through its power density, significantly reducing the number of gas turbines required to power advanced naval platforms. The MT30 also guarantees its power throughout the 50-year service life expectancy of the ship. The QEC also feature a complete Rolls-Royce low voltage (LV) electrical distribution system that distributes enough electricity to power the equivalent of 5,000 family homes.

As electrical power system integrators, Rolls-Royce provides solutions for both hybrid and all-electric naval vessels, optimising performance to satisfy electrical load demands of the future such as advanced sensor, propulsion and combat systems. It is also an experienced provider of low voltage (LV) electrical power distribution systems for a range of warship and submarine applications.

With over 80 years of naval propulsion experience, Rolls-Royce has pioneered some of the most important technical advances in marine propulsion including the use of aero gas turbines for surface ship propulsion. The company offers a world-leading portfolio of marine products and systems ranging from gas turbines and diesel engines, propulsion, electrical & automation systems, deck handling and innovative unmanned technologies as well as comprehensive customer support for present and future fleets.