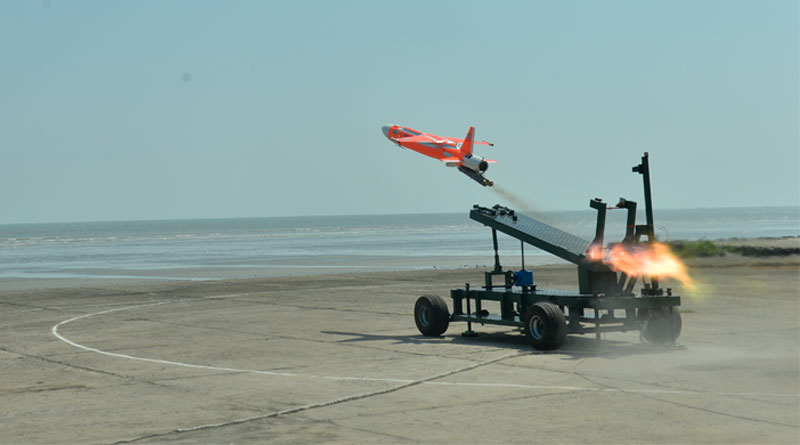 ABHYAS was first successfully flight-tested in May 2019 and subsequent evaluation trials are being conducted by ADE-DRDO. This order would mark the beginning of series production of ABHYAS.

About ABHYAS: It is designed and developed by DRDO’s Aeronautical Development Establishment (ADE), Bengaluru. The air vehicle is launched using twin under-slung boosters which provide the initial acceleration to the vehicle. It is powered by a gas turbine engine to sustain a long endurance flight at subsonic speed. The target aircraft is equipped with Micro Electro Mechanical System (MEMS) based Inertial Navigation System (INS) for navigation along with the Flight Control Computer (FCC) for guidance and control. The vehicle is programmed for fully autonomous flight. The check-out of air vehicle is done using laptop-based Ground Control Station (GCS).