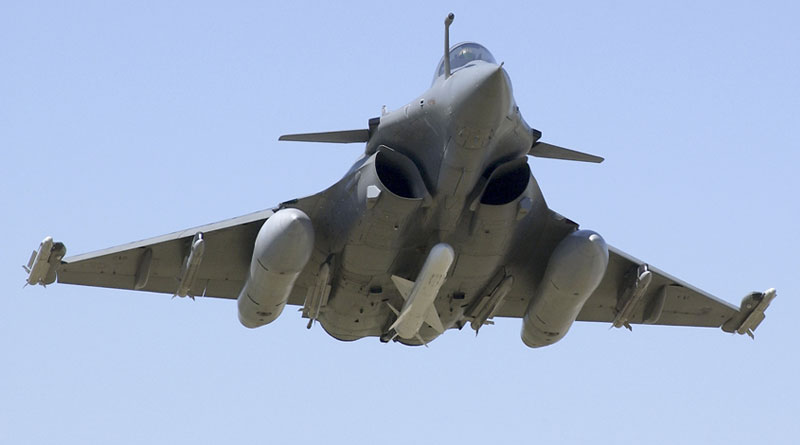 The Indian Air Force will be inducting the first five Rafale fighter jets by 29 July at Aambala’s Air Force station, Air Force announced in an official statement. India had signed an intergovernmental deal to buy 36 aircraft in 2016.

“The first batch of five Indian Air Force (IAF) Rafale is likely to arrive in India by end July 2020. The aircraft will be inducted at Air Force Station Ambala on 29 July subject to weather. No media coverage is planned on arrival. The final induction ceremony will take place in second half of August 20 wherein full media coverage would be planned,” the IAF statement read.

“IAF aircrew and ground crew have undergone comprehensive training on the aircraft, including its highly advanced weapons systems and are fully operational now. Post arrival, efforts will focus on operationalisation of the aircraft at the earliest,” it added.


As per the PTI report, “Official sources said the the Rafale jets are likely to be deployed in the Ladakh sector as part of the IAF’s efforts to enhance its operational capabilities along the Line of Actual Control with China in view of the border row with the country.”

The PTI report further stated that the aircraft is capable of carrying a range of potent weapons. European missile maker MBDA’s Meteor beyond visual range air-to-air missile and Scalp cruise missile will be the mainstay of the weapons package of the Rafale jets Meteor is the next generation of BVR air-to-air missile (BVRAAM) designed to revolutionise air-to-air combat. The weapon has been developed by MBDA to combat common threats facing the UK, Germany, Italy, France, Spain and Sweden.

The second squadron of Rafale will be stationed at Hasimara in West Bengal.