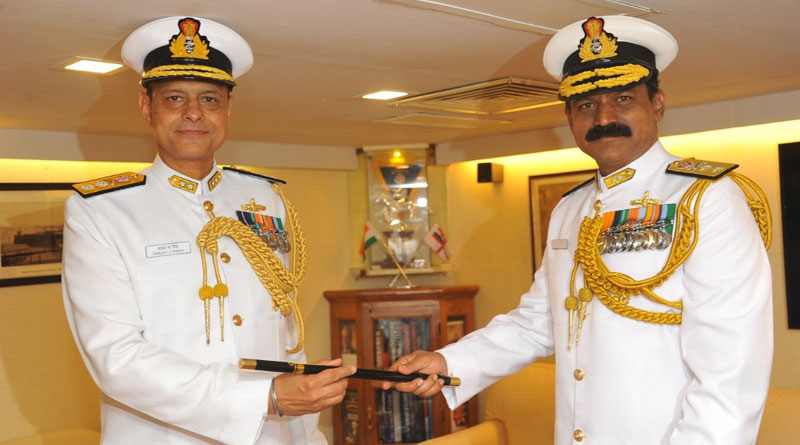 Being a specialist in navigation and direction, he has held a range of command, training and staff appointments during his career

An alumnus of the National Defence Academy, Khadakwasla, RAdm. Sanjay Jasjit Singh was commissioned into the Indian Navy in 1986. He is a specialist in navigation and direction, and has held a range of command, training and staff appointments during his career. His sea command appointments include that of the ASW and UAV-control frigate Taragiri, where he was awarded the Nao Sena Medal, and the multi-role frigate Trishul.


He also has the distinction of being the lead drafter for the Indian Navy’s Maritime Doctrine in 2009, Indian Maritime Security Strategy and Strategic Guidance to Transformation in 2015.

RAdm. MA Hampiholi is proceeding to IHQ MoD (N), New Delhi, as Director General Naval Operations in the rank of Vice Admiral on 27 March 2019. Under Rear Admiral MA Hampiholi, the Western Fleet had undertaken several operational deployments and multinational exercises, strengthening maritime security and deterrence at sea, for which he was recently awarded the Ati Vishist Seva Medal.