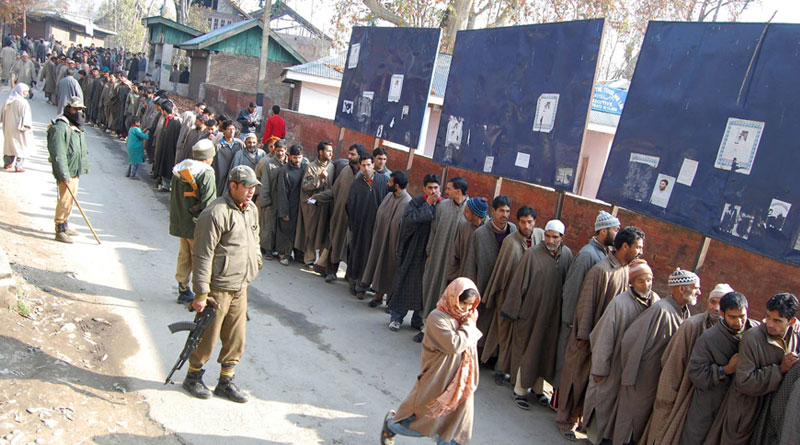 In view of the ensuing security situation across the country and extreme sensitivity at the border, the EC is facing a major crunch of the central police forces for election deployment

The upcoming general elections 2019 will witness an unprecedented deployment of Central Armed Police Forces (CAPF), with 2.70 lakh personnel being readied to keep a watch in the polling areas. The election commission has identified vulnerable areas such as West Bengal, Jammu & Kashmir, North East states, areas afflicted by left-wing extremism, etc. where enhanced security cover may be needed this year.

With need for enhanced security personnel this year, the election commission has indicated there may be a shortfall of paramilitary forces to cover all the polling areas for the elections starting 11 April 2019. With the situation at the border with Pakistan tense at the moment, and the 10% rise in the polling stations this election, the requirement of armed forces has significantly shot up.

Speaking to Force, ITBP said it has 66 companies already deployed in the state of Jammu and Kashmir, with 76 more companies deployed in states of West Bengal, North Eastern regions, etc. The force is facing a challenge in view of the huge numbers of personnel in different states. Moreover, the centre had sent 10 companies of ITBP personnel to the violence-hit Arunachal recently.


The CISF also said that it had 132 companies deployed for election duties in the coming elections. The force has increased its deployment in the crucial installations in the state of Jammu and Kashmir in wake of the current security scenario in the state. The CISF has been provided additional armoured vehicles and continues to maintain a high alert in the state.

The Lok Sabha elections in J&K will be conducted with the help of about 10,000 CAPF personnel, along with the army and state police already stationed in the state. The election commission said it had been unable to conduct assembly elections simultaneously as the state had raised a demand of 70,000 troops for such an exercise. And in light of the heavy paramilitary personnel requirement across the country for general elections, this requirement could not be met.

For the first time, the ministry of home affairs will provide free meals to the CAPF personnel travelling to the poll areas during their transit. The railways has been instructed to arrange the meals for the poll-bound paramilitary forces at short notice. The railways has also been directed to run 260 special election trains and splinter coaches for the forces.

The CAPF play a crucial role in the conduct of elections in the country for maintenance of law and order during the polls. The election commission decides the deployment of the forces in each state in consultation with the chief electoral officer of each state, along with the home ministry.