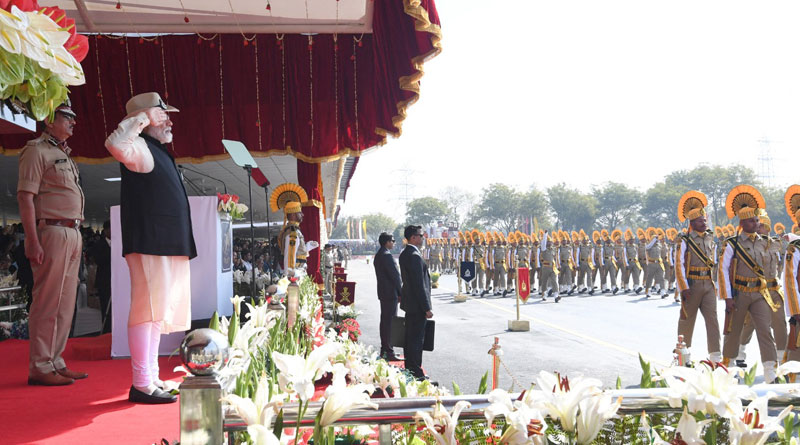 The Prime Minister reviewed the parade of the CISF personnel and also presented service medals for distinguished and meritorious services. The PM also laid a wreath at the Martyr’s Memorial and signed the visitor’s book.

PM Modi congratulated the CISF on its Golden Jubilee. He praised the role of CISF in safeguarding and protecting the vital institutions of the country adding that the responsibility of safeguarding the modern infrastructure built for India is in the safe hands of CISF.


PM Modi also suggested the idea of starting digital museums at airports and metros, showcasing the work of CISF to help create awareness amongst the general public regarding the role and functions of CISF.

Hailing the role of CISF in securing the critical infrastructure of the country, Prime Minister said that the force is also involved in disaster response, ensuring safety of women and many other activities. In this context, Prime Minister spoke about the disaster relief operations of CISF during Kerala floods and also during Nepal and Haiti earthquake.