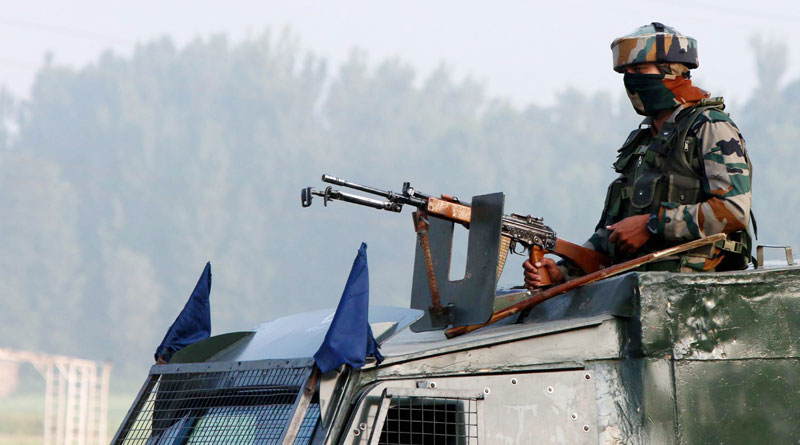 On 12th August, a Border Security Force (BSF) convoy of 67 vehicles travelling from Jammu to Srinagar was fired upon by militants at Mir Bazar in Kulgam district.

One militant was killed, whereas two civilians and several security personnel were injured during the gunfight. The IGP Kashmir revealed that the terrorists used RPG grenades, besides AK47 rifles, rocket launchers and grenades. The police have recovered all these weapons.

The pictures show a soldier of the Indian Army taking position near an encounter sight at Mir Bazar in Kulgam district. The Kashmir police stated that with the combined efforts of CRPF, Army and police, ‘a major incident came to be averted’. 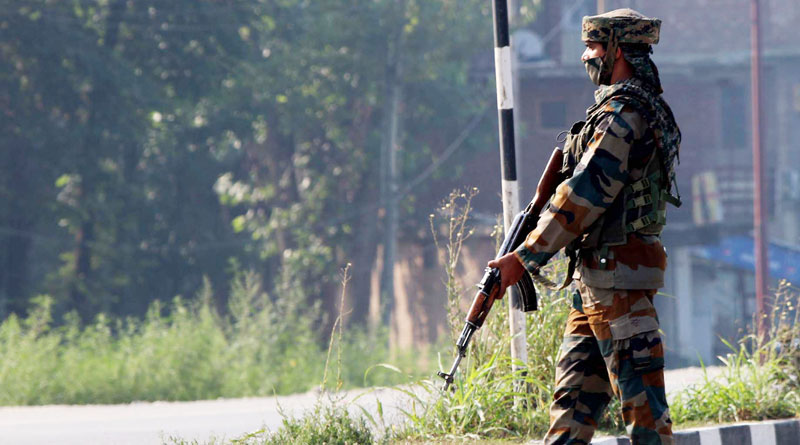 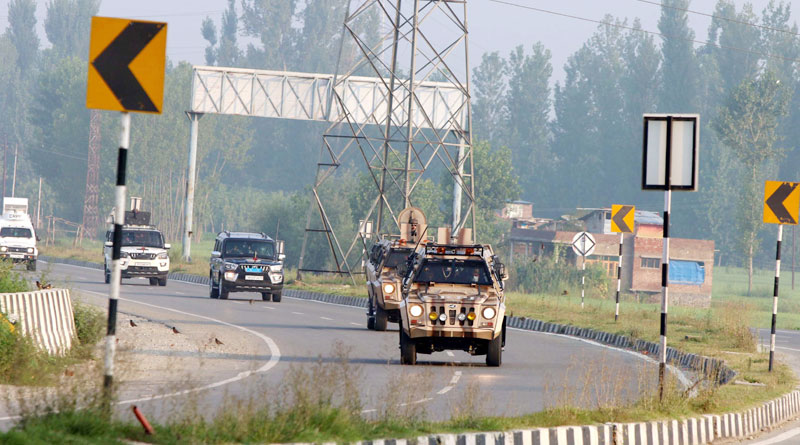