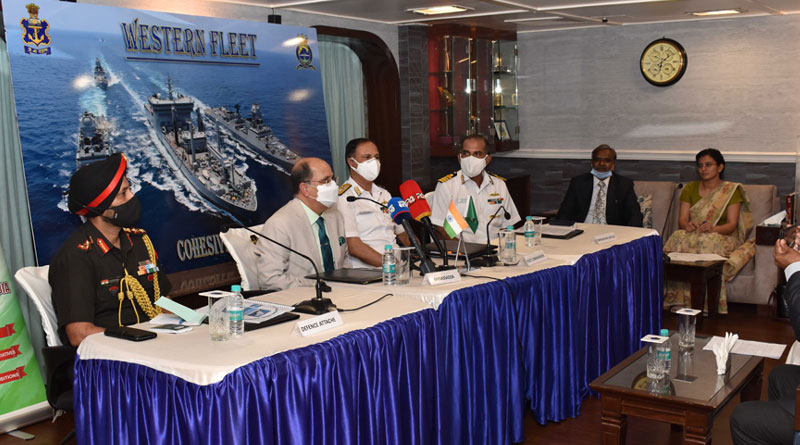 Indian Ambassador to Kingdom of Saudi Arabia, Dr Ausaf Sayeed, visited INS Kochi at Al Jubail where he held a press conference onboard along with the FOCWF and the Commanding Officer of the ship.

On 11 August, the Indian Western Fleet Commander accompanied by the Indian Ambassador called on the Governor of Eastern Province of Kingdom of Saudi Arabia, Saud bin Nayef Al Saud at Dammam.

On the operational front, gearing up for the maiden bilateral exercise ‘AL – Mohed AL – Hindi’, the team of Indian Navy met with counterparts of the Royal Saudi Navy for a co-ordinating conference at King Abdulaziz Naval base in Al Jubail, Saudi Arabia. For deeper understanding of each other’s operational practices, lectures by subject matter experts from both navies were also held.