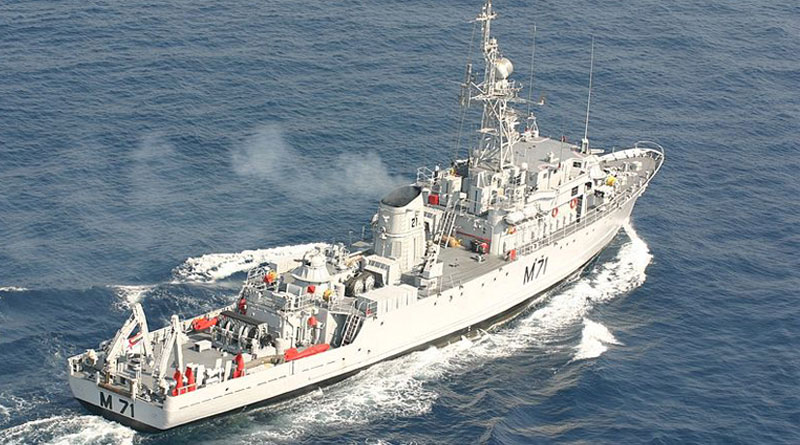 The attack comes after the cancellation of the mine counter-measure vessels and reports of INS Arihant being stranded due to repairs.

The opposition vehemently attacked the current government for scrapping defence projects and derailing its ‘Make in India’ initiative. Randeep Surjewala of the Congress party said the scrapping of ‘Make in India’ Minesweeper Project and the government’s “opaqueness” on INS Arihant are “two glaring examples of this compromise”.

“The government must answer as to who benefits by scrapping a series of defence deals and important projects.” He also alleged that the armed forces’ demand for defence capital budget is “drastically reduced”. “As the Modi Government completes 43 months in office, it has become increasingly evident that its directionless policies are harming India’s strategic interests and compromising national security,” he said. The government’s scrapped project will be ,”striking a blow” to both the Navy and its own ‘Make in India’ plans in the defence sector.


The Rs 32,640-crore programme for 12 new mine counter-measure vessels, to be built at Goa Shipyard Limited in collaboration with a Busan-based yard, Kangnam Corporation, was pegged as one of the costliest ‘Make in India’ initiatives.

Minesweepers are deployed to secure harbours by locating and destroying mines. The Indian Navy has been struggling to scale up its mine-warfare capability. Its current mine counter-measure force consists of six vessels bought from the erstwhile Soviet Union in the late 1970s while the navy presumably requires at least 24 minesweepers to secure major harbours in the country. The situation is likely to worsen as the existing minesweeper fleet is to be decommissioned between 2018 and 2020.